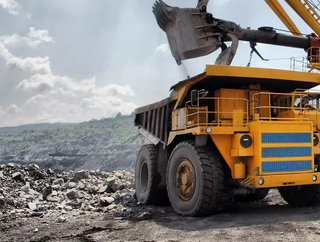 Unfortunately for Venture Minerals, its operations never really got off the ground. After only one shipment, the company has suspended operations at its Riley iron ore mine following increasing activist opposition and rising financial concerns.

The Australian miner has experienced a number of protests at its northwestern Tasmanian mine over concerns regarding the site’s protection, with the Bob Brown Foundation arguing for the area to be added to World Heritage listings.

And on top of the mounting opposition are added financial obstacles being thrown Venture Minerals’ way. Vastly underestimated shipping costs and rapidly worsening market conditions are being labelled as further reasons for the company’s decision to halt operations.

“Venture believes the best course of action is to temporarily suspend mining operations to preserve the reserve base,” it said in a statement.

The decision to suspend its mine, no doubt, remains raw. The fact that Australia is one of the world’s largest producers of iron ore only feeds into the miner’s hunger to resume operations and take advantage of the mineralisation potential the country holds.

In theory, the project was set to run over the course of two years, transporting around 800,000 tonnes of annual ore. It had an ambitious but achievable target of introducing over 100 employment opportunities and contributing AUS$100mn to Australia’s economy.

Since acquiring the Riley iron ore mine earlier this year, Venture has watched the price of iron ore plummet after a short-lived peak to AUS$220 a tonne in May. Sustainability, an ease on demand, and the pandemic are all being blamed for the drastic dip in cost, with investment bank UBS hinting at the possibility of prices dropping as low as AUS$89 a tonne in 2022.

Dip in demand and activist opposition to blame for operational suspension

Venture’s first and only shipment so far was set to deliver approximately 46,000 tonnes of iron ore to its close partner, Prosperity Steel United Singapore Pte Ltd. However, the company divulged dismal results of individual shipments, with Venture’s shares dropping at one point by a shaky 42%.

But considering the degree of opposition Venture has faced regarding its Riley iron ore mine, the company is pushing forward with plans to launch a new tin mine in the Meredith Range Regional Reserve, despite calls for the company to reconsider as conservationists flag the site as valuable and in need of protection.