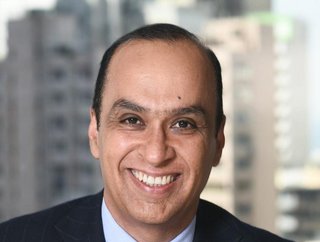 The UK’S largest insurer continues its pivot to Asia naming its next CEO, Manulife Asia’s chief Anil Wadhwani, who will be located in Hong Kong

UK insurer Prudential has named Manulife Asia chief Anil Wadhwani as its new CEO, marking the first time in the insurer’s 174-year history that its global leader will be based in Asia.

This appointment follows the retirement in March of Prudential’s London-based Mike Wells and announcement that the insurer would locate its next CEO in Asia, as part of its pivot to the continent.

The London-based insurer has been shifting its focus over the last few years to primarily providing life and health insurance and asset management services in Asia and Africa – spinning off its UK and European retirement business (2019) and its US retirement arm (2021).

And Hong Kong is the obvious choice for its next CEO, given the city is the insurer’s largest market, with 1,500 employees, and its entire senior management team is there. Not to mention the fact Prudential is listed in Hong Kong, as well as in London.

Anil, who has been based in Hong Kong for the last five years, will arrive at Prudential armed not just with industry and leadership experience, but with an understanding of the Asian market, having run and transformed businesses across the region, including in Hong Kong, Singapore, and India.

Described by Prudential chair Shriti Vadera as having a “wealth of experience, not just in insurance but as a customer-centric people leader”, Anil brings to the role a “strong track record of creating and driving a culture of success, that will help us meet the needs of our customers in our chosen growth markets in Asia and Africa”.

Anil, who has an MBA from the University of Mumbai, joins Prudential from Manulife Asia, where he has led the insurer regionally, as CEO, for the last five years, prior to which he spent 25 years with Citigroup, working in London, New York and across Asia, and working his way up the banking ranks.

Joining Citi in 2001 in Mumbai as business manager, Anil relocated to Singapore five years later and worked in a number of leadership roles, including as head of retail bank, CEO of Citibank Singapore and Southeast Asia consumer head. He then moved to London to take up the role of CEO Consumer covering EMEA before heading to New York to take up a global role for the bank, as lead global consumer bank operations from Citigroup headquarters.

In taking up the role, Anil wrote on LinkedIn that it was a “true privilege to lead this business” and that he strongly believed in the strength of [Prudential’s] digitally enabled multi-channel distribution model that is “well-positioned to address the underserved needs of millions of customers across health, protection and retirement”.