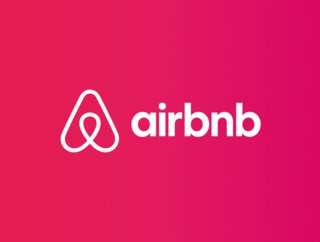 As Airbnb shuts down its business in China thanks to continuing COVID restrictions and domestic competition, we meet the local players who are winning

Airbnb has announced it is shutting down its operations in mainland China, thanks to mounting costs, regulatory issues, and domestic competition.

This will see the home rental giant remove around 150,000 listings in China, out of the six million it has worldwide, by mid-summer, though it intends to maintain an office in Beijing with employees focused on Chinese tourists travelling globally.

The San Francisco-based company first entered the Chinese market in 2016, but has continued to struggle, achieving only a 7% market share by 2019, as local players made it tough for the US-based company to gain an edge.

The platform made numerous efforts to localise, even rebranding with a Chinese name ‘Aibiying’, but business continued to decline amid tightening regulations and the pandemic. By February 2020, the platform recorded 328,000 monthly active app users in China, a year-on-year loss of more than 50% compared to February 2019, according to Statista.

And while the pioneering home-share platform generated US$6bn in global revenue last year, up from 77% from a year earlier, China stays have only accounted for 1% of this revenue.

Airbnb’s exit from China comes as the government continues to crack down on tech companies and amid another surge of Covid-19 cases with the government announcing banning “unnecessary travel”.

The tightening of regulations on the technology sector is nothing new, starting at the end of 2020, and has seen Beijing emphasise domestic business and deliver demands that make it increasingly complex and expensive for overseas firms to operate here.

Among those impacting Airbnb was the demand to sign agreements with local city governments as well as storing its data on government servers.

Demands like these have given rise to the ongoing exodus of overseas tech companies with LinkedIn and Yahoo the latest American companies to pull out of China, due to an “increasingly challenging business and legal environment” and a “lack of success”, respectively.

The pandemic has further hampered Airbnb’s success in the country, thanks to China’s zero-Covid policy and significant restrictions on travel, not to mention a recent surge in Covid-19 numbers once more limiting travel.

It is the domestic competition – the superapps – that charge lower fees and less per night on average than in other regions, and also seem to have a better understanding of what Chinese tourists want.

Pre-pandemic, China’s home-sharing market was buoyant, on the up since 2011, and worth US$2.1bn in 2017, up nearly 71% YOY, according to China’s State Information Center, but the pandemic, and China’s zero-Covid policy, brought that to a screeching halt.

Post-pandemic, expectations are that the market will once again flourish, as Chinese travellers look to stay closer to home. A survey of Chinese travellers by market research firm Kantar found that 81% were likely to consider a trip close to home, within driving distance.

So, what are the domestic home-sharing superapps that helped to push Airbnb out of the market?

Credited with being China’s largest home-sharing company, Tujia (‘the way home’ in Mandarin) controls around 60% of the market share, claiming to have more than 1.4 million global listings, including 600,000 in China.

The Beijing-based unicorn, co-founded in 2011 by accountant Luo Jun and former software development lead for Microsoft, Hai Zhuang, among others, is also backed by Ctrip, China’s largest online travel platform. Since raising US$300m in a Series E funding round in 2017, Tujia’s valuation has doubled to more than US$3bn. In 2016, the company acquired Mayi.com, a smaller rival to XiaoZhu, and the following year, secured the homestay businesses of both Ctrip and Qunar.

Like all the home-sharing apps, Tujia was hit by the pandemic, with the company laying off 40% of its staff in 2020, and also suspending its self-operated properties. The platform did pivot, however, prioritising long-term rentals, and pushing affordable business travel following a partnership with ByteDance’s enterprise software platform, Lark.

So, how does Tujia stand out from the home-sharing crowd? As well as focusing on serving the high-end consumer segment looking for domestic travel, mainly affluent urban residents looking to escape the cities, Tujia takes a hands-on approach to the home-sharing model, working with real estate developers, agents and home owners to manage their properties. Tujia boasts in-house teams and third-party specialists for on-site inspections to take photographs and assess safety parameters. The company also leverages on local knowledge and tailor-made services, curating, managing and providing high-quality services, something Chinese tourists prefer.

Founded by Chen Chi (CEO) and Tarry Wang Liantao (COO), Alibaba-backed XiaoZhu claims to have 800,000 active listings, as of June 2021, with 300,000 of them rural homestays in over 710 cities and destinations worldwide.

Following the closing of a US$120m funding round in 2017, the startup hit unicorn status, further raising US$300m the following year in a Series F round led by Advantech Capital and Jack Ma’s Yunfeng Capital.

The platform is working on the development of a smart home IoT system and AI devices with Alibaba.