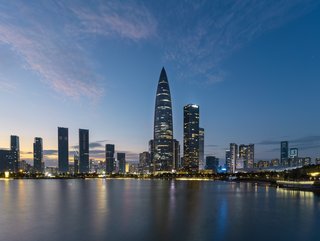 China’s Greater Bay Area (GBA) could be a potential pull for Hongkongers as a place to work, set up a business, study and even retire once borders re-open, a new report by HSBC and Oliver Wyman finds.

According to the report, interest among Hongkongers in the GBA lifestyle is high, with 40% saying they intend to work, study, or retire in GBA cities in mainland China in the next 12 months of the border re-opening. The number is even higher (72%) when the period is expanded to beyond 12 months.

And nearly half of those expressing an interest in exploring cross-border opportunities said they would also be interested in pursuing more than one activity, such as studying and then finding a job, or working and then retiring.

This report comes two years after China’s President Xi Jingping called on more young Hongkongers to work, study and live in mainland China. In a speech celebrating Shenzhen’s 40th anniversary as a special economy zone, Jinping said the exchange of talent and know-how was essential to fostering “integrated development” of the GBA.

Beijing’s plan is to turn nine Chinese mainland cities in the Guangdong province – along with Hong Kong and Macau – into an economic powerhouse by 2035.

And the region has certainly prospered. In 2018, Hong Kong’s GDP was overtaken for the first time by GBA’s Shenzhen, and two years later, Guangzhou took the same leap, leaving Hong Kong today only the third largest economy in the region.

This is especially true of the talent-rich, tech-savvy city of Shenzhen, which McKinsey advisor Gordon Orr claims is “much richer than Silicon Valley”, due to its subset of industries being much broader than traditional internet-based company startups. As well as Tencent and Ping An, Gordon points to the high-tech manufacturing companies like BYD creating EV clusters, as well as “real innovation in the service sector”.

Despite Beijing’s plan, and the innovation happening in the GBA area, interactions between Hong Kong and the Greater Bay Area haven’t yet fulfilled the promise, in large part due to the impact of the pandemic and subsequent border closures.

However, Oliver Wyman Partner Ben Simpfendorfer says progress so far is encouraging, and the potential once the borders reopen is huge.

“The Greater Bay Area is positioned as a world-class commercial and innovation powerhouse,” says Ben. “Now, we see the next phase in the region’s development as offering an opportunity to reset and refresh its approach to people mobility, which cannot be achieved without the joint efforts of the public and private sectors.”

Policies and regulatory framework needed to make most of opportunities

According to Daniel Chan, Head of GBA at HSBC, the choices over were to work, invest, raise a family, start or manage a business may no longer be confined by city borders anymore.

“We see an evolving one-hour living circle in the GBA, which is made possible by world-class cross-boundary transportation networks and facilities completed in recent years,” he says.

The long-term hope is in the creation of a pan-GBA community where businesses can operate, and individuals can live across the area, with differences in lifestyle between the two sides of the border significantly reduced, says Michael Ho, Partner at Oliver Wyman.

The report points out the need for further policy reforms and infrastructure development to facilitate a seamless GBA lifestyle in the longer run, from improving health and pension schemes, deepening mutual recognition of professional services to supporting a cross-border commuter lifestyle.

Among the nine GBA cities in mainland China, Shenzhen is Hongkonger’s most preferred destination, with priorities in destination choice including a good living environment, industry prospects, and local economic development.

That said, most (63%) would prefer to commute to mainland China rather than live there full-time, but four in five are considering buying property there, and up to 60% say they are planning to hold financial assets both in Hong Kong and mainland China.

“Increasingly, more people are expecting seamless solutions across payment, financing, wealth management and insurance from their financial service providers,” says Chan, adding that, in time, harmonisation of policies and regulatory framework across jurisdictions will “give new impetus to innovation in products and services, enabling banks to provide best-in-class financial solutions to GBA people”.