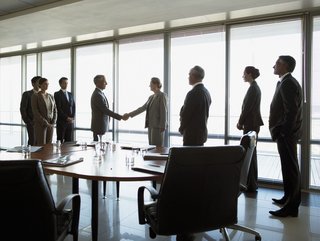 Following a record year for M&A, 2022 is set to be a bumper year for Australian dealmaking, with mid-market tech and pharma deals expected to deliver

After a record year for Australian dealmaking, the country’s M&A boom shows no sign of stopping with the mid-market set to continue playing a starring role in this uptrend, according to a new report by Pitcher Partners and Mergermarket.

Pent-up demand for M&A and the low cost of debt-fuelled dealmaking in 2021 with deal values reaching unprecedented and historical highs of AU$306bn, a 225% increase over 2020. So, while deal volumes dipped slightly, down 4% from 2020, deal value was up thanks to mega deals involving Afterpay and Sydney Airport.

Activity in Australia was pretty much in line with global dealmaking, which ended 2021 at record highs with more than US$5 trillion in deals.

Activity in Australia M&A set to ramp up through 2022

And 2022 looks set to be a bumper year once more for Australia, with the Pitcher Partners Mergermarket survey respondents (60 dealmakers) overwhelmingly positive about M&A prospects – almost all (97%) say they are looking at deal opportunities in Australia in the imminent future, an increase from 84% who were likewise prioritising Australia in the 2021 outlook.

It’s a level of optimism that is unparalleled across the Asia-Pacific region. In the next most appealing market for dealmakers, the emerging Southeast Asia region, just over half (58%) of respondents are focused on M&A opportunities in 2022.

Almost half of respondents think that current record M&A levels and positive market conditions in Australia will last another 12-24 months before reaching a peak, while 28% believe the peak won’t be reached for another two years.

Part of Australia’s appeal is its economic strength, with IMF projecting 4.1% in GDP growth in 2022, and expecting Australia to be the best performing advanced market in Asia this year. Survey respondents back up this assessment with 97% regarding Australia as offering some of the strongest prospects for economic growth in 2022, with only India and emerging Southeast Asia coming close to matching these sentiments (67%).

The predicted ongoing boom is further underpinned by a ‘fear of missing out’ mentality where dealmakers feel the need to capitalise on market conditions and consumer sentiment to achieve their corporate objects.

Deal drivers and challenges in Australia

Many dealmakers point to accelerated digitalisation and the need for digital transformation, increasing globalisation and an increasing focus on ESG factors as key drivers. The war for talent is a further deal driver, with business leaders turning to M&A to fill gaps and expand their expertise into new fields.

Despite the predicted boom and confidence among dealmakers, 2022 will not be without challenges, however. Uncertainty caused by the ongoing pandemic, surging inflation, rising interest rates and geopolitical tensions may increase the valuation expectation gap between buyers and sellers.

Mid-market is the biggest opportunity for 2022

With dealmakers hugely optimistic about the prospects for Australia’s economy and eager to pursue further transactions, many are specifically looking to the mid-market – deals valued between AU$10m and AU$250m.

According to the report, most dealmakers (83%) believe Australia’s mid-market M&A potential is superior to those in other markets, with almost nine in 10 (88%) saying they will increase their investments in mid-market Australian targets in 2022, with more than half planning significant increases.

Dealmakers see a whole variety of reasons to pursue targets in the mid-market, including that mid-market companies have a good client base and have established trust with their customers, not to mention burgeoning tech capabilities and the emergence of innovative business practices, attractive pricing and deal-sourcing opportunities.

Thanks in large part to the pandemic, the sectors of tech and pharma will continue to dominate the mid-market, with almost all dealmakers (97%) expecting a surge in tech deals in 2022 and 92% predicting mid-market increase in dealmaking in the pharma, medical and biotech sectors. This is especially true as Australia is one of the world’s top five markets for biotech innovation.

Digital transformation and the fintech movement continue to p0romise increased productivity and profitability in the financial services sector, with fintech likely to be a nexus of M&A. One recently published report ide4ntified a total of 718 currently active fintechs in Australia and last year’s acquisition of Afterpay by US payments giant Square – the largest M&A deal in Australian history – underlines the appetite for such businesses.