Asia is world’s most expensive continent, with Hong Kong top 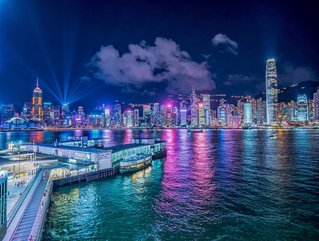 Hong Kong is world’s most expensive city, with Tokyo, Shanghai, Guangzhou and Seoul all in top 10, as currencies elsewhere have weakened

Asia claims the title as the world’s most expensive continent, with five Asian cities featuring in the top 10 of the world’s costliest cities to live in for 2022, according to ECA International’s just-launched annual index.

Global mobility company ECA International calculates the list based on a number of factors, including the average price of consumer goods and services, rents and utilities, and the strength of the local currency, in more than 490 locations worldwide.

While Hong Kong takes number-one spot as the world’s priciest city for the third year running, Tokyo (#5), Shanghai (#8), Guangzhou (#9) and Seoul (#10) all feature in the top 10, making Asia the most expensive continent for living as an expat or foreign worker.

Although Hong Kong has been impacted by rising global inflation less than other regional and global locations in the past year, it still remains the most expensive location in the world. A cup of coffee in Hong Kong will set you back $5.21, a litre of petrol $3.04 and a kilo of tomatoes $11.51.

The reason for this? The strength of its currency.

“It has been the strength of the Hong Kong dollar, which is pegged to the US dollar, in the past year which has enabled it to maintain its position as the most expensive location worldwide as other currencies have weakened,” Lee Quane, ECA’s regional director for Asia, explains.

The Eurozone cities have dropped, with the euro performing worse in the last 12 months than the US dollar and British pound, replaced by Asian cities, but in particular China.

This year’s index has seen a growing presence of mainland China cities rise and dominate the top of the rankings, with Shanghai and Guangzhou both climbing a place higher. Beijing also climbed two places, from 16th last year to 14th this year.

“The majority of the mainland Chinese cities in our rankings have higher rates of inflation than we are used to seeing, but they are still typically lower than elsewhere in Asia,” “Therefore, the main reason for their rise in the rankings has been the continued strength of the Chinese yuan against other major currencies.”

Asia also gets top prize for the fastest-rising city on the list, with Sri Lanka’s capital Colombo jumping 23 places from 162 to 149.

Some Asian cities have remained the same or dropped however. Singapore maintained its 13th place position even though the city-state saw significant rises in rent, petrol and utilities. Those were offset by the Singapore dollar weakening against other regional currencies, ECA said.

And Japanese cities also fell as the yen weakened against China, with Tokyo still high but falling from second most expensive city globally last year to fifth.