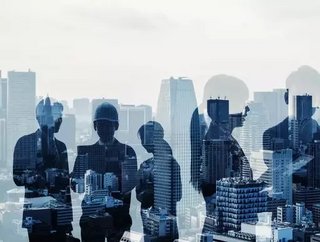 From insurance to telecommunications, and across APAC from Korea to India to Australia, discover the latest executive moves across the Asia Pacific regi...

In a week where multiple executives at UBS leave to join investment banking startup Barrenjoey, Julius Baer adds six senior bankers in India, and the Monetary Authority of Singapore undergoes a reshuffle of its top-ranking roles, Business Chief APAC rounds up the key executive moves made in the Asia Pacific region in the last week, March 11-18.

Formerly the chief executive of AmMetLife Insurance Berhad in Malaysia, Ramzi Toubassy has been appointed CEO of AIG Korea, which he will start on April 1. Having begun his 24-year insurance career with AIG in New York, Toubassy has since had leadership roles at AmMetLife, Swiss Re, and General Reinsurance. Set to drive the strategic direction of the business in Korea, Toubassy brings “deep industry expertise” combined with a “proven track record of developing strong distribution channels and partnerships”, says Steven Barnett, AIG’s Asia-Pacific CEO.

Sydney-based David Larocca has been appointed as EY Oceania’s new CEO. Currently managing partner of the EY Oceania’s Strategy and Transactions business, Larocca will become CEO at the beginning of July. With more than 20 yeas of experience as a leader advisor in the infrastructure sector, Larocca has been with EY since 2006, serving as a partner in the firm’s infrastructure advisory business, as head of business from 2013, and as head of strategy and transactions business from 2016. His experience spans roles in banking, project finance and corporate development.

With India home to the second highest Salesforce workforce outside of the US, the company has demonstrated a commitment to India with the appointment of Sanket Atal as its Senior VP and Managing Director to help drive the next phase of growth in India and make the country a global hub for innovation and talent. A business strategist and tech veteran, with previous roles including Managing Director of Intuit India and Group VP of Oracle, Atal brings a wealth of experience leading and growing global development centres and delivering future-ready solutions. Atal will be based in Bengaluru.

With three decades of diverse business leadership experience in Asia and Europe under his belt, Sanjay Goel has been appointed Executive VP and President for Asia-Pacific for American Tower. Joining from Nokia, where he most recently served as President of the Global Services business group and Nokia Operations, responsible for strategy, P&L management and operations across 100 countries, Goel has extensive expertise in telecommunications and IT. With an extensive track record of strong leadership and global business experience, Goel will “lead our Asia-Pacific business into the future as we continue to drive value for our stockholders”, says Tom Bartlett, President and CEO, American Tower Corporation.

Having been with Chubb since 2008, Peter Kalaher has been promoted to President for Australia and New Zealand. In this new role, Kalaher will have executive operating responsibility for the company’s general insurance business and will oversee all facets of the business including strategy, product and business development, underwriting and service operations, and profit and loss performance. Kalaher has 20 years of insurance experience, most recently as P&C business lead for Australia and New Zealand.