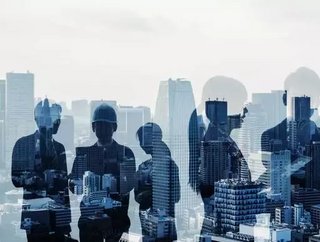 From heading up content for Disney Asia Pacific to leading Microsoft in Greater China, here’s Business Chief’s weekly round-up of executive moves in...

In a week where Intertrust Group reshuffles its APAC fund services leadership and Goodyear announces leadership changes in Asia Pacific following the announcement of its plans to acquire Cooper Tire, there have been a number of to-ings and go-ings on the executive front.

Previously the Managing Partner of Deloitte Consulting Australia and part of its global and APAC consulting executive team, O’Brien is moving to Capgemini where will be the new Managing Director for Australia and New Zealand. A recognised leader in the industry, with 25 years of consulting experience with a focus on digital transformation, O’Brien “brings a wealth of experience that drives customer innovation, growth, and talent inclusivity in an agile environment” says Olaf Pietschner, Chief Executive of Capgemini’s Asia Pacific strategic business unit. O’Brien will lead Capgemini’s team of more than 2000 and oversee strategy and transformation, applications and technology, and operations and engineering,

With eight years at Qualcomm, most recently as Senior Vice President of the Semiconductor business, Hou Yang has been appointed Microsoft Chairman and Chief Executive Officer for the Greater China Region (GCR). A proven transformational leader and experienced business leader across operations, product optimisation and sales with a track record in partner and customer engagement, Hou Yang brings “strong technology, industry ecosystem partner development capabilities” and “local insight to enable customers”, as well as a “combination of strategic thinking and execution discipline”, says Ahmed Mazhari, President of Microsoft Asia.

Jessica Kam-Engle to head content for Disney in Asia

Until 2020, she led original production at HBO Asia, and for eight years she was independent film producer based in Beijing and Hong Kong during which she produced 10 feature films including blockbuster Just Another Pandora’s Box.

Charged with leading Disney’s initiatives in locally-relevant original content, Kam-Engle brings an “extensive range of experiences and production achievements” that will “accelerate our ambitions to deliver world-class content from the region to audiences in the Asia Pacific region and beyond”, says Luke Kang, President, The Walt Disney Company Asia Pacific.

Danielle Jin promoted to head of APAC for Visa

Currently the CMO of Visa Greater China, Danielle Jin has just been handed the head of marketing reins for the Asia Pacific region and as a result will oversee Visa's brand and marketing strategies across brand, roduct and client marketing for 17 markets and seven clusters. Having been with Visa since 2016, based out of Shanghai, Jin has both led the company's data-driven marketing approaches and led Visa's Asia Pacific centre of excellence for cross-border strategy and capaign development. Previous to Visa, she was with PepsiCo.

Following Goodyear Tire & Rubber Company’s plans to acquire Cooper Tire and the subsequent promotion of Ryan Patterson, President of its APAC business unit, Nathaniel Madarang will succeed Patterson as President of Goodyear Asia Pacific. Madarang has been at Goodyear since 2008, most recently as MD of Goodyear China, and previous to that as VP of Finance for Goodyear’s Asia Pacific business.

Having been both instrumental in reshaping Goodyear’s distribution in China and in designing and launching Goodyear’s direct-to-retail business model, and with the China market remaining a high priority for the company, Nathaniel is “extremely well-positioned to drive growth there and throughout the region”, says Richard J. Kramer, Chairman, CEO and President. “Nat is a customer-focused leader with deep knowledge of the Asia Pacific region and the tire industry.”