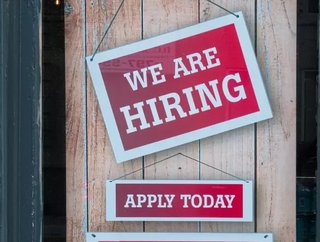 As India’s IT software sector sees a surge for its services, tech talent demand surpasses pre-pandemic levels as leading firms up their hiring game

India is experiencing an economic revival, as it emerges from the impasse of the pandemic.

Following 20 months of chaos, in which the country was hit by two pandemic waves and a strict lockdown curtailing all economic activity, and where unemployment rose and salaries were cut sector-wise, the country is now making progress with its vaccination programme roll-out. And the future is looking both bright, and busy.

According to a recent IMF report, GDP growth rate for India is projected to reach 9.5% and 8.5% in 2021-22 and 2022-23, respectively, which would register the highest rate of growth among the world’s major economies, should it happen.

It is the country’s huge IT-software sector that is not just bouncing back from the pandemic, but booming, seeing a spike in demand with significant 85% YoY growth in October 2021, according to research.

The sector is growing exponentially as businesses across all industries in India look to accelerate their digital transformation efforts post-pandemic, with cloud adoption, digital operations and data analysis services especially in demand.

For Wipro, July-September 2021 proved the second successive quarter of more than 4.5% revenue growth, reflecting India’s robust demand for IT services.

And as demand for IT and software services soar, so too does demand for tech talent needed to deliver those services. To deal with the number of project orders currently on the table, India’s IT-software sector is on the hunt for new hires, with tech talent demand surpassing pre-pandemic levels and showing a 19% uptick versus October 2019, according to the latest Naukri JobSpeak report.

Between April and September 2021, the top five IT software firms – TCS, Infosys, Wipro, HCL Tech and Tech Mahindra – hired 122,546 people, according to Nasscom. And in the second quarter of FY22, Infosys reported its highest ever number of hires (11,664) in a single quarter, while HCL Tech witnessed its highest hiring (11,475) in the last 24 quarters.

And with the boom currently in cloud adoption and data analysis, hiring is expected to remain high for the next two to three quarters.

So, who is hiring?

In July, the consulting giant’s CHRO Milind Lakkad announced that Tata Consultancy Services would be hiring more than 40,000 graduates from university campuses across the country in the financial year 2021-22, having done the same the year before. This comes as the firm’s second-quarter net profit ending September 2021 surged 29%.

With July-September 2021 proving the second successive quarter of more than 4.5% revenue growth for Wipro, the firm is firing on all recruitment cylinders. Having added nearly 12,000 employees in the first six months of the fiscal year, the tech firm is now doubling down on recruitment with plans to recruit 16,000-17,000 graduates in this financial year and 25,000 in financial 2022-23.

The IT major, which hit its highest ever hiring record for a single quarter in Q2 FY22 with 11,664 recruits, has further announced it will be hiring 45,000 college grads this fiscal year, 10,000 more than its earlier target.

Having also recruited almost 12,000 employees in the first six months of the fiscal year, marking the company’s highest hiring for the last 24 quarters, HCL Tech has plans to boost its tech team further. This comes in light of the firm’s introduction of its Amazon Web Services Business Unit. In order to help enterprises globally accelerate their cloud transformation, the firm plans to hire 20,000 specialists to join the 10,000 professionals trained on AWS it already has.

As well as saying it plans to hire three times more freshers than it normally would, with a focus on AI, IoT and space technology, Tech Mahindra has also joined forces with edtech startup CareersLabs to transform more than 3,000 graduates into skilled professionals. Once training is complete, students will get an opportunity to be placed at the firm.

Last month, October 2021, Nasdaq-listed Cognizant said that it expects to make offers to 45,000 new graduates in India in the fourth quarter for onboarding in 2022. The company, which reported a 56.3% rise in September quarter net income, and which has around 200,000 employees in India, said that talent demand-supply imbalance in the industry remained particularly difficult.

In March 2021, digital payments fintech PayPal – which has around 4,500 employees across India – announced plans to add more than 1,000 engineers to its India development centres in Bengaluru, Chennai and Hyderabad. These will fill positions across software, product development, data science, risk analytics and business analytics at entry, mid-level and senior roles.

While not a tech company, this leading diversified professional services and investment management company has also announced ambitious hiring plans. With operations in 66 countries and more than 15,000 professionals, Colliers has its sights set on becoming among the top three property consultants in India. As such, the global real estate consultant has aggressive plans to grow its Indian business including launching two new services in January to expand its operations, and to hire at least 1,000 employees in 2022. With 3,000 employees currently, Colliers India hopes to hire at least 1,000 people next year and are “aggressively hiring from competition” according to CEO Ramesh Nair.