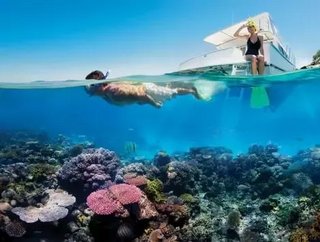 Viral Marketing is certainly not a new concept, but it has gained traction in recent years with the introduction of economical Social Media tools. YouTube is the main agent delivering for Viral Marketing these days, boosted by the ‘sharing’ vehicles of Facebook and Twitter.

The goal of Viral Marketing is to get publicity organically, or to entice millions of the members of your audience, to spread the word about you. Viral uses existing social networks to produce increases in brand awareness delivered via word of mouth and the wildfire-like effects of the Internet.

Plenty of companies have had a go at Viral Marketing, and while some have the jackpot, other campaigns have been epic fails. Here’s a list of some great campaigns, and others not so great.

Burger King serves up a fantastic example of a well-known corporation trying something incredibly unique to engage the audience. “Subservient Chicken” features a website with one room and a man in a chicken suit that you can type in commands for the Chicken to perform. Whether it’s a handstand or twirl, the chicken will do it for you. Quite addictive and a big hit for Burger King.

Blendtec: Will it Blend?

A great example of a small business completely dominating the ‘blender’ market. Each time Blendtec releases a video of one of its blenders, it completely annihilates a competing gadget, toy or other popular item. Blendtec subsequently garners millions of views.

An incredible campaign that included the posting of job ads all over the world, for someone to win a role at a job on the Great Barrier Reef. Over $70 million in publicity was generated.

A total sensation from the minute it was uploaded, the Million Dollar Homepage was the brainchild of an English student AlexTew. Tew’s goal was to make $1 million by selling 1 million pixels on his site, and he did.

An amazing story of a man named Kyle who started trading products with a single red paperclip. He kept trading it up for items until he ended up swapping it for a house.

YouTube gone wrong. Rebecca Black is a girl with no talent, but she still writes terrible lyrics and sings horrendously (auto tuned of course) for our entertainment. The video has more dislikes than Justin Bieber.

The numbers: 44 million people have had a laugh

Sony: All I Want For Xmas is a PSP

Sony tried its hand at the blogging propaganda machine by ‘recruiting’ a (fake) blogger to write up about how much people should be asking for a PSP for Christmas. Unfortunately the IP address of the blogger was traced back to other websites that included Sony as a client.

Pepsi remade an old Coke vs. Pepsi video in the hopes to spark a pro-Pepsi revolution, but all of the sentiment proved Coke is still number one in the consumers’ eyes.

General Motors: Create Your Own Ad

Although most of the shreds of evidence are long gone, some websites have preserved the best of GM’s campaign backfire. GM wanted people to create their own ads of the company’s (then) new car, the Chevy Tahoe. What resulted is a collection of pro-environmental ads, which were naturally anti-SUV.

Harmless enough (or not), the Xbox video game “Splinter Cell: Conviction” was marketed quite unusually. An actor was hired by game promoters Monaco Corporation to dress as a terrorist and point a weapon at New Zealanders in a popular bar. Before another paid actor was to come in and save the day, the police got there first. Whoops.