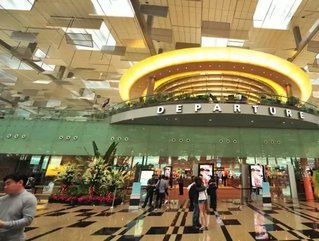 Changi Airport has reported it handled 4.93mn passengers in February, which marks a 5.6% increase year on year.

As Asia continues to take to the skies in record numbers, the airport released figures stating that aircraft movements throughout the month had risen 6% since February 2017.

The airport has put strong February figures down to the Chinese New Year holiday and stated around half the growth was attributed to journeys to and from South-east and North-east Asia.

India and China are among Changi Airport’s top 20 markets and both exhibited fast growth, with traffic from China growing 13% and traffic from India growing by 12%.

The airport states it handles over 100 airlines connecting it to over 400 cities in 100 countries and territories. It handles about 7,200 scheduled flights.

The figures were announced in a media release by Changi Airport Group (CAG) on Tuesday.

Changi has consistently been named as the top airport in the world according to Skytrax, with Lisa Bowman of the Metro praising its vast entertainment offering which includes free movie theatres, a rooftop swimming pool, a slide and a kinetic rain installation.