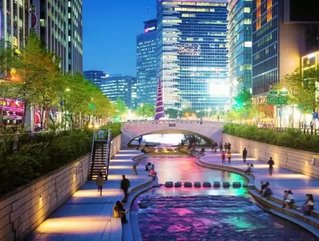 In a bid to increase its foothold in the market, LG U+ is closing in on a deal with Netflix to become the sole IPTV provider of its content in South Korea
Business Korea reports that the two companies “will announce their contract soon after the National Assembly’s inspection of government offices”, with the service expected to begin by the end of this year.
LG U+ aims to provide Netflix content via its U+ TV platform, capitalising on an opportunity to launch proven content without the need to invest in producing a wealth of new programmes.
SK Broadband and YouTube, two of LG U+’s close competitors, have been particularly industrious in producing original content, with the former tripling its budget designation for production over last year.
See more:
Business Korea noted that LG U+ holds 20% of the IPTV market, while KT and SK Broadband hold 50% and 30% respectively.
Earlier in the year, LG U+ paired with Netflix to offer a deal to customers in promotion of its new unlimited data service, according to Telecom Asia.
Up to the end of June, eligible customers who signed up to the new service received a free three month subscription to Netflix.
netflixLG U+LG uplusiptv
Share
Share