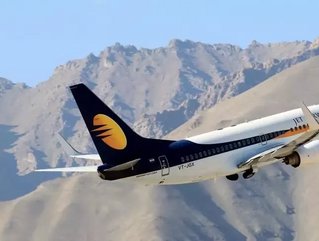 India’s Jet Airways has announced it will add 144 weekly flights to its offering this summer.

These will include both direct and one-stop services and all will be domestic flights around India.

To begin later in March, the flights will serve areas such as Imphal, Jorhat, Tiruchirappalli, New Delhi and Mumbai.

This move will strengthen connectivity in the north-east of the country to the nation’s capital, New Delhi, with some of the non-stop services including from Aizawl and Jorhat three times per week, and Silchar four times per week.

Tourism to Australia from China and India surges

This will also include the first ever daily non-stop service between Mumbai and Tiruchirappalli. Tiruchirappalli is the state of Tamil Nadu’s main temple city and a religious hub. It will also be connected by a direct service to Delhi.

In this way, Jet Airways is focussing on connecting emerging locations, tier two cities, and centres of religious tourism.

Jet Airways is the second-largest airline in India and holds a passenger market share of around 18%. Based in Mumbai, it currently offers around 300 flights per day to 68 international destinations. The company was incorporated in 1992 and has reported a 2016 revenue of $3.5bn.

Senior Vice President for network planning and revenue management at Jet Airways, Raj Sivakumar, has stated: “Our summer schedule has been designed with a combination of new services – non-stop as well as direct flights – between emerging cities, key metros and our hubs in Mumbai, Delhi and Bengaluru.”

Aviation in India is beginning to soar as overall income in the country rises and a variety of more affordable flights are on offer. It is thought India will become the third biggest market for aviation in the world, following China and the US.

In 2016 around 100mn domestic passengers passed through India’s airports, and in November 2017, Mumbai airport boke the world record for the most flights handled by a single operating runway – 969 within 24 hours.

Around 97% of India’s population have never been on a plane, meaning that low penetration may help aviation businesses tap into this emerging market, provided they offer a more affordable variety.