How Domino's is setting the standard in marketing and customer satisfaction 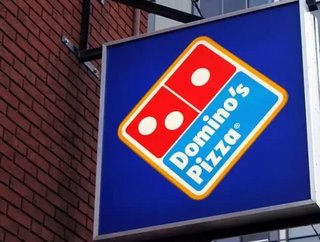 Domino’s Pizza is setting the example of how to engage your customers.

The company recorded a net profit after tax of $64.4 million during the last financial year in Australia, and is giving the credit to its new uses of technology.

“We’ve definitely become a technology company, but pizza is still the heart of our business,” said Group CEO and managing director Don Meij. “The reason why we’ve become so passionate about technology is it’s enabling a better pizza experience.”

The 40 per cent year-on-year increase is being attributed to new innovations such as its Live Pizza Tracker, GPS Driver Tracker and its “4 Click Ordering” app. Domino’s chief digital officer Michael Gillespie said over 50 per cent of the company’s sales are digital, over half of which of those are from mobile devices.

The pizza tracker shares the status of order with the customer, and can be used on both Android and iOS watches. The “4 Click Ordering” app remembers consumers’ previous orders and allows them to chose a reoccurring selection and order with just four clicks, while also saving the user’s preferred payment option.

In addition, Domino’s online sales rose by 30 per cent and comprised nearly 70 per cent of all sales in the United Kingdom and Ireland in 2014. A big reason for the jump is the company’s partnership with DBi, which is a Google Analytics Premium Authorised Reseller.

The service helped Domino’s get the most out of its online data using Google Analytics Premium, Google Tag Manager and Google BigQuery to integrate its digital data sources in the most effect way.

Meij believes connecting with customers in today’s digital age is very important, while investing in digital initiatives is a key factor in growth and sales momentum. He said Domino’s has over 40 new digital projects on the horizon in Australia and New Zealand, several of which will make customer service faster and easier.

Last year, Domino’s launched its “Pizza Mogul” initiative, which is an online tool that offers customers the chance to create, name and promote a new pizza flavour, and can even earn a profit from the sales. By the end of 2014, the initiative recorded over 55,000 “Moguls” and had 160,000 pizzas added to its menu.

RELATED TOPIC: 5 principals of engagement marketing: engage consumers where they are

With plans to continue focusing on technology in its Australian and New Zealand markets, Domino’s intends to determine if its GPS tracker is efficient enough to offer new 15 and 20 Minute Delivery Guarantee in the future. In addition, Domino’s upcoming Fast Favourites technology will allow customers to order with just one tap of a finger and the technology is creating the foundation for new ways to interact with consumers.