eBay holds innovation lab in an attempt to get Aussie feedback 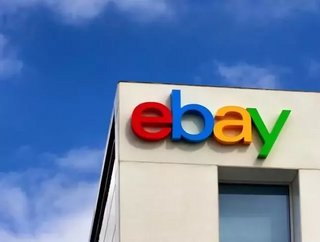 The consumer research project explored new innovations and people’s reaction to new technology such as virtual reality, holograms, robots and 3D printing. The findings from the 3,000 people in attendance will help eBay plan its future activities, as the company also intends to share the findings with its retail partners.

While companies like eBay are usually dependent on user-generated products and services as well as more versatile in adapting to changing trends and markets, it’s still important to keep track of consumers’ needs and wants.

In doing so, eBay believes its strategy of allowing the public to check out new technology to see how it really works is the best way to gauge public interest.

Approximately eight million Aussies made a purchase on eBay within the last year, and half of which bought a tech product. In addition, there were 110 million searches for tech made on the e-commerce platform last year, with 400,000 tech sellers in Australia.

RELATED TOPIC: Amazon Reports on the Uptake of eCommerce in Australia

With this type of data at its disposal, eBay stands out as the largest tech community online in Australia.

Steve Brennen, eBay’s senior director of marketing and retail innovation, used the wearable Fitbit as a prime example of customer trends growing alongside interest in new technology on the site. According to Brennen, Fitbit searches have increased by a whopping 50,000 per cent.

“It’s gone from zero to mass market,” said Brennen. “There's an insatiable appetite for technology in Australia. We're early adopters and people are searching not only for tech that's available in the market but things that aren't even here yet.”

RELATED TOPIC: Can Fitbit survive in the age of wearables?

“Some of this tech is really hard to understand until you see it and get your hands on it, so we thought we'd do an activation to find out what people actually think of it, do they think it will be a game changer and what role it might play in their lives.”

Working with eBay to analyse the data is futurist Chris Riddell, who intends on publishing the findings in October.

“In 2013, 3D TVs were predicted to take-over the home viewing experience, but consumers swiftly turned their back on the much hyped tech,” said Riddell. “There are a number of questions left to be answered around new technology.

RELATED TOPIC: How Mobile Is Driving Change In Ecommerce

“We will be measuring what people think and feel around the technology earmarked to enter Australians’ lives in the coming years in order to provide insights and analysis into what Australians can really expect from the future.”