Airlines and travel agents in Hong Kong set for surge 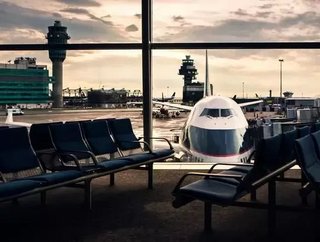 Airlines and travel agents can expect online sales to soar in the days leading up to Chinese New Year and this year’s Golden Week festival, according to the latest data from Worldpay.

Last year, Worldpay recorded a 32 percent YoY increase in travel spending, as travellers from Hong Kong took advantage of the public holiday, spending more than ever, to travel internationally and locally visiting friends and families. Worldpay is predicting this number to increase again this year, as travellers get ready for two weeks of celebrations to welcome in the Year of the Rooster.

Analysis of 2016 card spending revealed the average value per transaction has also increased, with Asian travellers spending nearly 10 percent more than previous years. This suggests that as the purchasing power of the general public increases, holidaymakers are opting to travel further afield instead of the traditional destinations such as Singapore and Macau.

Commenting on the data, Phil Pomford, General Manager, APAC, Global eCom at Worldpay said: “As the Chinese New Year is seen in across the world, it looks as if the travel and tourism industry is set for another Golden Week ‘gold rush’. In recent years, we have witnessed a sharp increase in outbound Asian tourism, helped by the increasing spending power of travellers.

“With this in mind, travel agents and airlines need to plan ahead and be prepared for the surge in last-minute travel bookings. Offering special Golden Week sales and ensuring that checkout-pages are mobile-optimised could be a good way to bolster sales and help customers to pay the way they want to.”

One of the areas that has benefitted from the wider spread of Asian tourism is the UK, most likely thanks to the drop in value of the pound against the Hong Kong Dollar and more relaxed visa requirements. In fact the payments processor recorded an impressive 69 percent increase in spending on Hong Kong cards across the UK over the Christmas period.

Pomford added: “We are expecting the UK to be a very popular destination for the Golden Week holiday this year. In the UK, where in the wake of Brexit, London is much cheaper this year for Asian visitors[2], our data has shown that Hong Kong tourists are flocking to the UK to cash in on the weaker pound. And with the UK government, along with many others, continuing to relax visa restrictions, it is easier for Asian tourists to vacation further afield than ever before.”