Why Hong Kong’s IPO market is set to bounce back 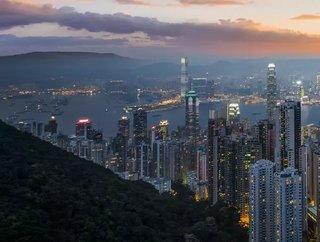 After a rocky year that saw Hong Kong drop in the global IPO rankings, the city is set to bounce back amid listing regulation reforms and a strong pipeline

While Hong Kong currently ranks fourth in total funds raised among the global IPO markets, the city is predicted to regain a top three ranking in 2022, according to PwC.

The global accountancy firm expects the Hong Kong exchange (HKEX) to see an increase in total fundraising of between HK$350 and 400bn in 2022, driven by abundant funds and huge investment needs for corporate development, and take its place among the top three global exchanges for listings once more.

The city has been the top IPO market globally in seven of the past 13 years, and even up until mid-2021, Hong Kong’s stock exchange ranked in the top three worldwide.

In 2020, Hong Kong was the second-largest IPO market in the world, and the largest in Asia, and it continued on to hit historic highs in the first quarter of 2021 achieving record revenues and profits for the first six months of the year, HKEX announced. A record number of 46 companies listed in Hong Kong in the first half of 2021 with funds raised totalling US$27.2bn from January to June, putting Hong Kong in third place globally in terms of IPO funds raised for the first half of the year.

But then it all went wrong. New stock listings began to slide for the rest of 2021 with IPOs in Hong Kong raising less than US$26bn for the year, down 10% compared with a year ago and more than a fifth lower than 2020’s total, according to data from Dealogic.

Hong Kong’s slide was in contrast to global IPO fundraising which had an exceptional year, breaking records by IPO volume and proceeds consistently into the fourth quarter.  Overall, 2021 saw a total of 2,388 deals raising US$453.3bn in proceeds, a 64% and 67% respective increase year-on-year. While the Shanghai Stock Exchange was one of the world’s top three IPO markets in 2021, with a total fundraising of US$59bn for 249 listings, ranking it behind the Nasdaq.

“Along with COVID-19 and increasing geopolitical and economic uncertainties, Hong Kong IPO market has also been hit by scrutiny from China targeted on certain sectors,” says Eddie Wong, PwC Hong Kong Capital Markets Services Partner. “Although the long-term is conducive to the healthy development of the economy and business, the Hong Kong IPO market will inevitably be affected in the short-term.”

In particular, China’s regulatory crackdown on technology companies in mainland China has stalled progress on listings with many tech startups having scaled down their fundraising size or postponed listing on the back of such regulatory uncertainties.

And when you consider that much of Hong Kong’s recent IPO success has been down to Chinese tech firms, the impact is huge. The super-large listings of five Chinese tech companies contributed two-thirds of the Hong Kong stock exchange’s IPO proceeds of US$26bn in its record-breaking first half of 2021, with mega deals such as that by short-video platform Kuaishou Tech raising US$6.2bn in the world’s third-biggest IPO.

Halfway through the year, China further extended its continued crackdown to the private education sector further impacting the listings of private tutoring businesses.

Add to this the fact that Beijing stopped offshore share sales this year and are yet to offer up new plans for an approvals regime for startups to sell shares overseas and you have a recipe for IPO listing failure.

Despite the ongoing political and economic uncertainties, analysts expect Hong Kong IPO market to be more balanced and consistent in 2022, with China’s regulatory activity settling down.

According to PwC, Hong Kong is expected to see an increase in total fundraising of between HK$350-400bn in 2022, likely putting it among the top three fundraising markets in the world in 2022.

PwC cites the New Economy and Chinese enterprises listed in the US as the main drivers of listing activity. It’s predicted too that Hong Kong will expect more listings by US-listed Chinese issuers looking to withdraw potential sanctions from Washington. A number of Chinese companies have already hinted as much including ride-hailing giant Didi Global, which stated in December it would delist from the US and plan a listing in Hong Kong, while Hong Kong on-demand logistic firm Lalamove is also considering moving its planned IPO from the US to Hong Kong.

“Listing regulation reforms over the past ten years have successfully diversified Hong Kong IPO market,” explains Benson Wong. “We believe these reforms could create further opportunities to strengthen Hong Kong as the best financial centre in the region. Hong Kong’s bourse is agile and continues to evolve by embracing new models. It has joined other global bourses in allowing special purpose acquisition companies (SPACs) to raise funds through IPOs. We expect around 10 to 15 SPACs to list in Hong Kong this year, raising HK$20-30bn.”

Already, two China-headquartered EV makers are looking ripe to list this year with NIO reporting 116.6% growth in total revenue to US$1.52bn for the third quarter of 2021 and Leapmotor working on a US$1§bn PIO in Hong Kong.