What Led to Qantas' $367m Underlying Profit In the First Quarter? 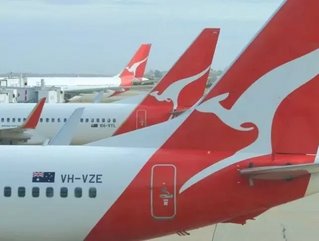 "Without the impact of transformation, we would not be announcing a profit today,” he shared.

The first half of the previous year saw a $252 million pre-tax underlying loss. This year profits are up $367 million before tax in the first half. This is above the guidance range ($300 to $350 million) the airline provided to the market in December of 2014.

Perhaps the most impressive announcement from Joyce today detailed that all operating segments, including the airline’s lagging international division, returned to an operating profit.

So how did the company do it? Several things outside of its control like lower fuel prices, the removal of the carbon tax and better conditions in the domestic and international markets. That doesn’t mean Qantas didn’t work hard for the gain, though, as the company instituted an extensive cost-cutting plan that has been responsible for a $374 million benefit.

"The decisive factor in our best half-year result for four years was our complete focus on the Qantas Transformation program," Joyce said. "It's clear that without the impact of transformation, we would not be announcing a profit today.”

Joyce shared his optimism about the company’s transformation plan as well, saying that the first quarter results prove Qantas is executing the right turnaround plan with discipline and speed.

Because of its better-than-expected results in the first half of the year, Qantas has announced it is targeting $675 million of benefits from its cost-cutting program, $75 million more than their initial full-year target.

As profits have increased, so has share prices—127.5 percent over the last year. Experts believe that although the company hasn’t paid a dividend since 2009, another one might be on the horizon.