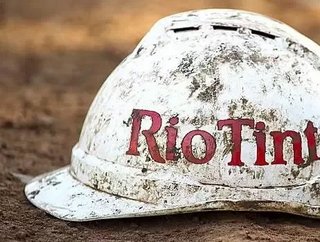 "Heavy inland rains reduced truck utilization, resulting in lost production at the mines and impacting [on] the ability to rail planned tons [to port]," the company said last week.

• Related content: Iron ore makes comeback, but is it here to stay?

The miner, which previously stated it iron ore shipments would approach 350 million tons in 2015, announced it would scale exports down to 340 million due to weather.

Rio Tinto is undergoing expansion programs at its Western Australian and Canadian operations to increase iron ore production. Rio is seeking to produce 360 million tons annually and has recently completed the infrastructure expansion to facilitate the increase.

"Our combination of world-class assets, financial strength and operating and commercial excellence provides a sound base to continue to generate sustainable returns for our shareholders," the company said in a statement.

“The focus is now to ramp up the new equipment to full capacity and generate maximum value from the integrated system.”

According to Mining Global, Rio Tinto produced 79.7 million tons of iron ore during the June quarter, including iron ore shipments of 81.4 million tons, up eight percent from a year earlier.

Although the company didn’t disclose the iron ore price it received during the June quarter, it did say 75 percent of sales were priced according to the spot market, the current month average or the current quarter average.