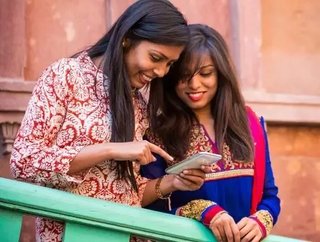 One of India’s biggest current deals, the Vodafone-Idea merger is expected to close during calendar year 2018, subject to customary approvals. Billed to create India’s largest operator, here are 10 things you need to know (in no particular order) at this exciting time.

Vodafone to combine its subsidiary Vodafone India (excluding its 42 percent stake in Indus Towers) with Idea, which is listed on the Indian Stock Exchanges.

Sustained investment by the combined entity will accelerate the pan-India expansion of wireless broadband services using 4G/4G+/5G technologies, support the introduction of digital content and ‘Internet of Things’ (IoT) services as well as expand financial inclusion through mobile money services for the benefit of Indian consumers, businesses and society as a whole.

Merger of equals with joint control of the combined company between Vodafone and the Aditya Birla Group, governed by a shareholders’ agreement.

6. In line with recommendations

Substantial cost and capex synergies with an estimated net present value of approximately INR670 billion (US$10.0 billion) after integration costs and spectrum liberalisation payments, with estimated run-rate savings of INR140 billion (US$2.1 billion) on an annual basis by the fourth full year post completion.

Vodafone will own 45.1 percent of the combined company after transferring a stake of 4.9 percent to the Aditya Birla Group for circa INR39 billion (circa US$579 million) in cash concurrent with completion of the merger. The Aditya Birla Group will then own 26.0 percent and has the right to acquire more shares from Vodafone under an agreed mechanism with a view to equalising the shareholdings over time.

Until equalisation is achieved, the voting rights of the additional shares held by Vodafone will be restricted and votes will be exercised jointly under the terms of the shareholders’ agreement.

Vodafone India will be deconsolidated by Vodafone on announcement and reported as a joint venture post- closing, reducing Vodafone Group net debt by approximately INR552 billion (US$8.2 billion) and lowering Vodafone Group leverage by around 0.3x Net Debt/EBITDA4. The transaction is expected to be accretive to Vodafone’s cash flow5 from the first full year post-completion.