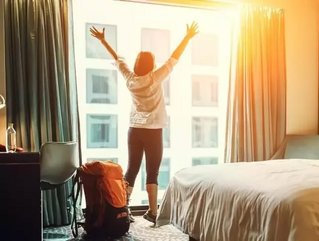 China’s short-term property rental firm, Tujia, has announced it has raised $300mn in its recent round of funding.

Tujia has been a billion-dollar start-up “unicorn” since 2015 with a previous round of funding also making $300mn.

This money will be allocated for its online offerings, since the company split into online and offline units. The online unit alone is currently valued at $1.5bn following this latest addition of funds.

Paul Hudson, sounder and CIO of Glade Brook has stated: “We see significant growth in China’s online short-term rental market and expect it to reach similar penetration levels of accommodations bookings as the US and Europe.”

Airbnb joined China slowly, only setting up a Chinese unit in 2016.

After expanding into China in 2016 the firm stated it had seen more thsn 3.5mn guest arrivals by Chinese travellers to listings around the world. It also updated its terms of service to align with Chinese regulations.

However, its Chinese name “Aibiying”, meaning “welcome each other with love,” was unpopular with the public due to negative connotations.

This relatively slow uptake has paved the way for rival Tujia which covers 345 domestic and 1,037 foreign destinations, worth over 650,000 online listings to date.