Contribution from Virtusa: Wargaming for Survival in a Horizontal World 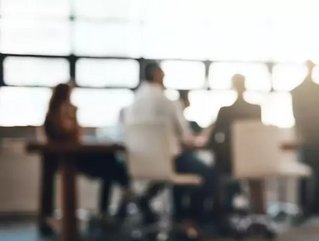 When Sun Tzu coined the phrase ‘know thy enemy’, he was talking about the art of war nearly three thousand years ago. However, he could just as easily have been discussing the modern business landscape. Across all industries, executives watch their competitors like hawks, fearful that some new innovation could see them fall behind. However, in the digital era, the biggest threat to traditional players is not the company they’ve been watching for years, it’s the digital start-up that comes out of nowhere.

Look at the way Airbnb upended the status quo in the hotel industry, Spotify in music, or Venmo in payments. A decade ago, none of these companies even existed, yet now they are the dominant players in their respective markets. Traditional firms have been scrambling to respond since the digital upstarts arrived on the scene, yet even they are not the biggest threats. The examples above are all cases of disruption within a single industry. Today the biggest threat is the ‘super-competitor’ – best exemplified by the Chinese giants Alibaba and Tencent – which are using digital technologies and lifestyle-focused consumer engagement models to challenge incumbents across all service industries, simultaneously. These super-competitors are changing the game faster than anyone has ever done and those firms that aren’t prepared to respond will be consigned to the dustbin of history.

Rising in the East

Today, the most aggressive innovators in the world aren’t in the West, they’re in Asia – specifically China. In their native China, the BAT firms (Baidu, Alibaba and Tencent) have been expanding across industries at an unprecedented rate thanks to their ability to establish partnerships, invest and acquire smaller local companies, and leverage government relationships to their advantage. This allowed the BAT firms to create ‘SuperApps’ that serve a dozen different user desires at once. These SuperApps bring together swathes of key services including banking, insurance, travel and more, supported by powerful analytics and artificial intelligence to simplify the customer experience. As a result, they have become embedded into the lifestyles of customers in China, despite none of the BAT firms having ‘traditional’ backgrounds in these industries.

Now, as the Chinese markets reach a saturation point, these super-competitors are rapidly going overseas and traditional players in every industry should be worried. The horizontal integration approach of the BAT super-competitors is ideally suited to keeping millennial consumers immersed within their ecosystem; it allows them to monetise every possible interaction and create a digital ‘stickiness’ that is markedly different from traditional brand loyalty. This means many of the old ways of fighting back against an encroaching competitor have been rendered obsolete. Competing with these new super-competitors requires businesses to embrace new strategies, forge unconventional partnerships, and acquire capabilities from unlikely sources.

It has become clear that many firms simply have no idea how to respond to this new threat, in part because doing so involves tackling some incredibly fundamental questions. How do I compete against a player who is not willing to play by existing norms? How will they attack me? Where am I exposed? What capabilities do I need to compete in this new business climate? All these questions and more urgently need to be answered – because by the time a consumer has tapped into a super-competitor’s ecosystem, it’s too late. By then, even if a business can operate within the SuperApp, it has been relegated to the position of second fiddle in the eyes of the customer. After all, we don’t really care who supplies our Amazon order, all we know is that it comes through Amazon.

This is where wargaming can help. The corporate war game helps clarify thinking and strategy, while rigorously testing a variety of potential responses to new competitors entering the market. This can encompass everything from basic market entry strategies to product features or marketing campaigns, while also having actors understand and operate within the current regulatory environment.

A strategic exercise such as this is even more important when trying to navigate the challenge of a super-competitor as virtually every traditional vertical player is unable to respond unilaterally. Taking on a super-competitor requires strategic partnerships, judicious acquisitions, and an enhanced set of digital capabilities – such as the ability to build digital personas the equal of Amazon or Alibaba. War-gaming out the scenario provides both the vision and the roadmap so that companies can start to act before the tech behemoth lands on their doorstep.

The old-school understanding of a company – something that is ordered around a series of vertical capabilities – is dead. The horizontal model is the future and it needs to be prepared for immediately. Every firm, in every country in the world, is vulnerable unless they start to act today. As just as Sun Tzu knew all those millennia ago, doing so requires a battle-ready strategy because without one, you’ve already lost the war.

Raj Rajgopal is President of Digital Business Strategy at Virtusa