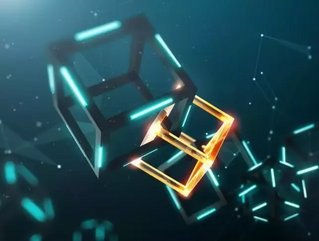 The US$100mn TMT Blockchain Fund has announced a strategic partnership with China Blockchain Expert (CBE) to invest in early-stage blockchain projects
TMT Blockchain Fund is the second fund from TMT Investments PLC, a VC fund listed on the London Stock Exchange which performs in the top 5% of global VC funds and has previously invested in a host of successful blockchain projects.
Most notably, the fund had a major hand in Taxify’s success, an Eastern European ride-hailing app that crossed the US$1bn value mark to become the first tech unicorn in TMT’s portfolio.
TMT Blockchain Fund will launch at the end of the year, and the alliance with CBE will offer a gateway for Asian tech startups to be included in it.
“Strategic alliances between funds like ours and incubator projects such as CBE are an important stepping stone to making blockchain a truly global entity,” said John Paton, chairman of TMT Blockchain Fund.
Co-founder Julian Zegelman added:
“Our fund aims to include high level technology start-ups throughout the world and that includes China and Asia as a whole which are home to many incredible blockchain projects.
“That is why this alliance with CBE will play an integral part in us accessing the best of blockchain in Asia.”
See more:
The fund will focus largely on blockchain, large decentralised applications, and other private blockchain infrastructure initiatives.
Its Asia roadshow, including shows at China, Hong Kong, Singapore, and Malaysia, will be held in November 2018.
CBE founder Vadim Krekotin, said:
“We are delighted to be working together with TMT Blockchain Fund. Through CBE’s market intelligence, we aim to bring the brightest new stars in Asian tech to a much wider audience.
“We strongly believe that TMT Blockchain Fund, with their exemplary track record in building a $1B tech company and a top global VC fund, is the best vehicle in which to do so.”
CryptocurrencyBlockchainStartupTech
Share
Share