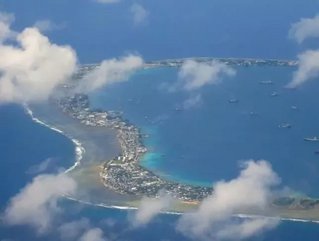 Switzerland-based cryptocurrency startup Tangem, which produces blockchain smart card wallets, is set to issue crypto-backed banknotes in the Oceanian Marshall Islands in tandem with the launch of the country’s new blockchain-based currency

The new currency, known as the sovereign (SOV), will sit alongside the US dollar as an official currency of the Marshall Islands and will enable rapid, cheap, worldwide transactions with the security from bad actors facilitated by blockchain.

Tangem, which has APAC offices in Singapore, Hong Kong, Shenzhen, Dongguan, Taoyuan, and Taichung, will ensure that all Marshall Islands citizens will have equal access to the digital currency regardless of their access to an internet connection.

"We are excited to partner with the Republic of the Marshall Islands to do something that has never been done before: issue a digital currency as official legal tender," said Andrey Kurennykh, Co-Founder of Tangem, in the firm’s press release.

"As the IMF has noted, the world is moving towards the widespread adoption of digital currencies, and we are excited to support the birth of the new global digital economy."

The SOV banknotes will each be unique physical cards with blockchain-enabled microprocessors onboard.

Tangem said in its press release that the notes will be entirely secure, completely transparent, decentralised, and indicative of a new form of controllable currency issuance and circulation at the state level.

David Paul, Minister-in-Assistance to the President of the Marshall Islands, added:

"We are excited to bring in Tangem as another reputable and forward-thinking partner on our journey to create the world's first sovereign digital currency."

"Tangem will help us ensure all citizens, including those living on more remote outer islands, are able to easily and practically transact using SOV."

On 21 January, Tangem announced it had raised US$15mn from Japan’s SBI Crypto Investment in the interests of accelerating mass adoption of blockchain technology.