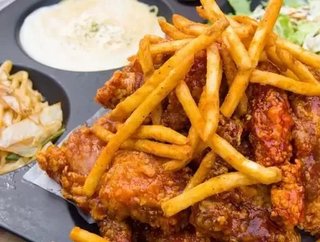 4FINGERS, a casual dining chain that started its journey in Singapore, has now expanded its operations to Australia.

CEO Steen Puggard commented: “Our overseas growth strategy is focused a lot more on mature Western markets where people are showing signs of brand fatigue, and are open and hungry for new, better options. We saw Australia as being the nearest Western market for us with a challenging and competitive market.”

4FINGERS expanded its footprint to Malaysia and Indonesia in 2015 and after its Australian stores are up and running, the company expects conquer Europe and the US. According to Steen, 4FINGERS’ recently hired Business Development Manager is currently scouting for potential sites for the company’s US expansion.

Steen recognises that 4FINGERS will have to adapt to the Australian market.

“Australia’s dining scene is incredibly vibrant. It’s constantly evolving, creating extraordinary experiences with quality, innovation, and diversity,” Steen said. “Dining at 4FINGERS is an experience in itself, and in Australia, we want to emphasise the fast, casual quality of our food and the grungy, underground vibe of our stores. There will not be big glossy menu boards in store. Instead, we’re switching them to pegboards instead.

“We also know foodies in Australia are making conscious decisions about what goes into their bodies, so we want to stay true to our farm to fork concept by offering free-range chicken in our stores. We will also have beverages from local brands and a new line of craft beers and ciders not found in our Southeast Asia menu.”