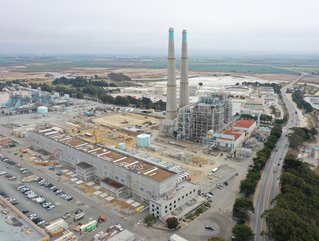 If ever there was a company to sum up the times, it’s LG Energy Solution (LGES). This fast-growing EV battery maker is the result of a smart pivot in 2020 by South Korea’s largest chemical company LG Chem to spin off its battery business and cash in on the rapidly growing battery industry.

The listing attracted heavy demand with 2,000 institutional investors lodging bids worth a staggering US$12.8 trillion.

Not surprising given that the appetite for businesses involved in the EV industry continues to surge. And that LGES commands one-fifth (20%) of the global EV battery market, with a client roster that includes big-brand names like Tesla, General Motors and Volkswagen.

This IPO comes as the worldwide trend toward electrification of transport heats up. Electric vehicles enjoyed a record year in 2021 with sales of 6.3 million units, almost double the total from 2020, according to BloombergNEF.

This is a 13% increase on the previous forecast following much higher-than-expected sales in China in the third quarter of 2021.

Some countries are adapting more quickly than others, in part thanks to infrastructure readiness, supply and government policy. In Norway, electric cars made up nearly two thirds (65%) in 2021, as the country strives to become the first to end the sale of petrol and diesel cars.

Global EV sales are forecast to grow more than 12-fold by 2030 and account for nearly a third of new vehicle sales, according to Deloitte.

So, how did a company that was nameless just 14 months ago grow into one a billion-dollar company commanding a fifth of the world’s market share?

From March to August 2020, LG Chem had become the world’s largest EV supplier, but lost its crown to China’s CATL in terms of accumulative usage in the first nine months of the year.

To compete with CATL, and other competitors including China’s BYD, Japan-headquartered Panasonic and South Korea’s SK Innovation and Samsung SDI, the battery business of LG Chem needed to expand and up spend on R&D, and to make that happen, funds needed to be raised.

And so in September 2020, LG Chem, a subsidiary of parent company LG Corporation, announced a corporate spin-off its battery business, officially launching a standalone company, LG Energy Solution, in December 2020.

As an LG Chem official said at the time: “We have decided this is the right time to proceed the split-off, as the battery industry is growing rapidly and the EV battery business is beginning to yield profits structurally.”

The aim? To become the world’s leading energy solutions company that not only manufactures and sells battery materials, cells and packs but also provides e-platform services that encompass the lifecycle of batteries including battery care, lease, charging and reuse services.

And while LGES is currently on track, having posted US$11.2bn in revenue for 2021 (as of September 2021), it’s not all been plain sailing. In June 2021, the firm suspended its IPO process on the heels of a series of recalls from US carmaker General Motors’ Chevrolet Bolt EVs due to possible battery cell defects, finally settling the issue for US$1.1bn.

Looking to the battery-powered future

This temporary setback didn’t stop the battery maker, which now has more than 20,000 employees, from hitting the IPO jackpot, with investors battling for shares in what is a growing company and booming industry.

Proving that the potential is real, LGES has revealed its order backlog of 260 trillion won (US$83bn), which includes the supply of batteries to car-making giants such as Tesla and Volkswagen, as well as supplying batteries for drones and ships and even battery-powered spacesuits to NASA.

Plans are also in place to expand production in six countries, including several in collaboration with General Motors (GM).

Under their US-based battery joint venture Ultium Cells, the two firms are already building two plants in Ohio and Tennessee to manufacture 70 GWh of batteries, which could power about 1 million EVs by 2024. And just this month, the two companies announced plans to spend US$2.6bn to build a third US EV battery plant. This facility will be located in Michigan and is set to open in 2024.

LGES has production sites in the US, China, South Korea, Poland and Indonesia.