Lotte, Peugeot to invest up to $6bn in India 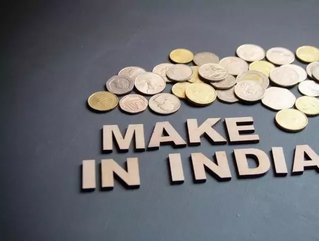 South Korean conglomerate Lotte and French automaker Peugeot are proposing to invest up to $6bn in India.

The groups are both discussing proposals for investment which would boost boost Prime Minister Narendra Modi’s attempts to attract foreign capital to the country.

Lotte Group is a conglomerate of over 90 businesses across areas including manufacturing, fast food, retail, finance, IT, construction and publishing.

Lotte has said it may invest between $3bn and $5bn in India over the next five years in the areas of retail, chemicals, food processing, real estate and the development of railway platforms. In fact, Japan is currently funding a bullet railway in India which will be completed within five years.

In a statement, Lotte revealed it is “exploring various business opportunities in India and other countries, but there is nothing confirmed or discussed in detail as to which areas to enter and how much money to invest.”

French car manufacturer Groupe PSA, which is the manufacturing group for Peugeot, Citroen, DS, Opel and Vauxhall is going to build a factory in the south of the country.

The company will spend about $1bn on the new plant which will produce cars and engines.

So far, efforts to attract foreign investment have lead to the country moving up on the World Bank’s ‘ease of doing business’ survey and the country’s credit rating was upped by Moody’s this week.

The government is in fact discussing foreign investment proposals worth a total of about $85bn. It hopes that foreign factories will be set up over the coming years particularly in the areas of food processing, electric vehicle components and electronics.