Indian mangoes arrive in Australia for the first time 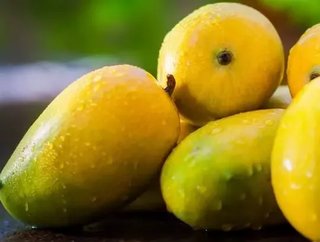 For the first time ever, mangoes from India have been exported to Australia. An inaugural export of approximately 400 trays landed in Sydney this week.

Revised protocols have opened the door for Indian imports, with fruit allowed into Australia as long as it had been treated with irradiation prior to export.

The mangoes, which are the Kesar variety, were received in Australia by Perfection Fresh Australia (PFA).

"The first consignment, I've got to say, was a little disappointing," PFA chief executive Michael Simonetta said, as quoted by ABC news.

"The fruit had a little bit of blemish on the skin and wasn't as evenly coloured as we expected it to be, so we're in the process now of getting it to colour more evenly and then offer it for sale following that. The eating quality is quite nice. It's pleasant to eat.”

According to Simonetta, the mangoes will predominantly be sold by independent retailers.

"We have shown them to the major supermarkets, but at the moment the volumes are far too light.This is a trial and it's yet to be concluded, so while I'm a little bit underwhelmed, it's too early to call.”

The next consignment of Kesar mangoes is due to arrive in Perth next week. Following this delivery, imports of Alphonso mangoes from India will begin.

"The variety I'm really excited about, is in a few weeks’ time we'll bring in the Alphonso mango which is known as the king of mango," he said.