General Motors South Korea’s proposed $2.2bn debt to equity swap could keep it in the country 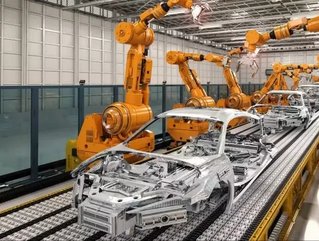 General Motors has proposed to convert debts of around $2.2bn from its South Korean business to equity in a debt-to-equity swap.

The news comes as GM has announced it will shut down its Gunsan plant, located south west of Seoul, by May, as other plants in South Korea remain in jeopardy.

A debt-to-equity swap enables a borrower to turn loans into shares of stock or equity, and usually involves a financial institution holding the new shares which have been transformed from the debt. Such a transaction would allow General Motors to keep trading in South Korea.

GM is also hoping to gain financial support and tax benefits from the Seoul government.

Volkswagen to invest $12bn in China for electric car production

This marks the latest in a series of decisions to place profitability and innovation ahead of sales and volume, which has seen GM shutting down businesses which have proved unprofitable in areas including Europe, Australia, South African and Russia.

In South Korea, GM Korea currently employs around 16,000 people and 17% of the business is owned by the state-run Korea Development Bank.

According to Reuters, a source has said GM asked Seoul to provide over $1bn worth of financial support, and several sources confirmed GM has asked for its South Korea plants to be designated as foreign investment zones, so that the company can benefit from tax breaks.

Barry Engle, head of General Motors international operations has been in talks with the South Korean parliament this week. He stated to press on Tuesday: “It is certainly our preference to stay and fix the business and continue to be an important part of the Korea economy. I’m encouraged by the discussion and I am optimistic that this is an outcome that together we can achieve.”

Engle is said to have promised parliament that GM will try to maintain its current output levels of around 500,000 units per year.

As of yet, no final decisions have been made, but it has also been reported that Engle said GM wants to produce two new car models in South Korea, indicating the manufacturer will do its utmost to remain in the country.