Freelance.com turns down $430m and opts for IPO 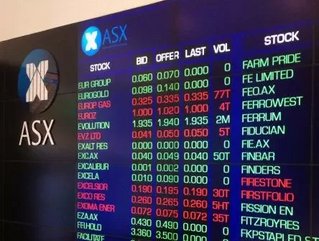 Matt Barrie, the CEO and founder of Freelance.com has rejected numerous acquisition offers worth hundreds of millions of dollars, instead choosing to list his company on the Australian stock exchange. The latest offer, made by Japanese recruitment site Recruit Co. was a whopping $430 million.

In reaction to the decision not to sell his company, Barrie, 40, said: “It’s way to early for me to put my feet up and sit on the beach.”

Freelance.com is expected to list on the stock exchange at the end of this year. KTM Capital has been revealed as the broker and underwriter for the IPO.

The announcement of intention was made on day one of Australia’s first technology start-up festival, Startup Spring, which will see more than 100 events and activities held around Australia to celebrate and promote local start-ups.

Freelance.com is expected to create a number of new Australian millionaires with its IPO. Barrie has also announced that he will be opening an employee share scheme. Early investors in the company, such as Australian tech entrepreneur Simon Clausen, will also benefit greatly from the initial public offering. A valuation close to $1 billion on the ASX is being forecast.

“I think it's the right time for the company to go out there and raise some money,” said Barrie. Furthermore, he wants the ASX listing to pave the way for other technology companies “in whatever stage of their life cycle” to come to the ASX as a place to raise funds rather than all go overseas, “which is a traditional Australian venture capital model that I think is somewhat broken.”

He decided to list on the Australian stock exchange because it was “a national imperative” to build the technology industry locally, he said, and because more money had been raised by companies on the ASX than on the Nasdaq.

“We need to build the sector here and build some companies up and really build the industry up,” he said. “To a certain extent I'm putting my money where my mouth is and doing this.”

Freelancer claims to be the world's largest outsourcing marketplace, allowing users to post projects online, which freelancers then bid to carry out. More than 9 million users have signed up with more than 4 million projects posted since the firm launched in 2009. It takes a cut on all jobs listed.