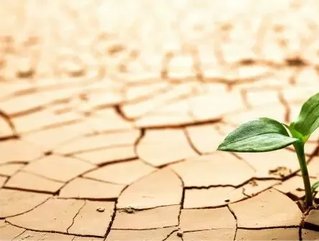 Farmers were anxious to get the details of the proposed drought assistance package, which will be around $320m. The help comes just one week after Prime Minister Tony Abbott and Agriculture Minister Barnaby Joyce toured the rain-deprived regions of inland Queensland and New South Wales, and in response to demands from the National MPs, led by Joyce.

While the assistance package will not include wage assistance, it is aimed at increasing access to government-backed concession loans, and will allow loans to be moved up to March, previously from July. It will also help farmers restructure debt, deal with low cash flows and hopefully survive the drought. In his announcement Wednesday, PM Abbott also mentioned money will go towards water infrastructure and containment of the feral animal population.At least 70 percent of inland Queensland and 62 percent of New South Wales have seen little to no rain over the last two years.

The Cabinet met late Tuesday night to sign off on the drought assistance funding. Although PM Abbott is aware that critics might see it as favouritism for certain sectors, he made it clear in his press announcement that the drought conditions have reached natural disaster levels, and the stakes for farmers are different in times of need.

Out of the package, $280m will be used for low-interest loans for farmers; $11m will go towards healthcare plans that will support plans to alleviate depression and risk of suicide among strapped farmers.

This assistance package is especially crucial for livestock owners, who see a long lead time between receiving rain and generating cash flow from finished stock. Farmers are relieved, and glad to see the government recognizing and helping with this struggle, over which farmers themselves have little control.

Agriculture Minister Joyce has warned that the federal government can on help alleviate some of the present pain, and that only rain will be able to fix the situation.

The opposition will no doubt make their views known shortly, but for now they have commented that the $280m is too low to truly have an impact on the drought-laden industry. Treasurer Joe Hockey had also tried to apply his “end of the age of entitlement” argument to the government help being given to farmers, but Joyce countered on the grounds that farmers have no control over the weather or the situations that occur from the lack of rain.