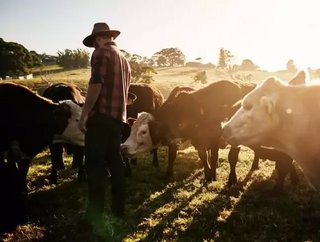 CPC has confirmed it will be bought out by its founding investment firm, British-based Terra Firma

Guy Hands, founder and owner of the British-based investment firm Terra Firma, is working with investors and management on the acquisition of Northern Australia-based, Consolidated Pastoral Company (CPC). The deal is valued at AU$600mn for CPC’s 300,000 head of cattle on top of pre-existing assets.

CPC was, until recently, one of Australia’s largest private livestock companies but has downsized since Terra Firma, a founding investor in the company, decided to sell down the company as of March 2018.

Over the last 12 months, CPC has sold off nine of its cattle stations around the Queensland and Northern territories, for AU$310 million. The latest proposal would see Hands and CPC’s management take leadership of the remaining 3.5 million hectares of land and the head of cattle across the region, as well as two feedlots in Indonesia.

Troy Setter, Chief Executive of CPC has said the deal would not have a huge impact on the livelihoods of CPC’s stations and employees. "In terms of operations on the stations, it would be business as usual," he said. "We continue to work out ways to maximise beef production, get the most out of our properties, and care for our people and livestock.” He added: “Guy Hands has worked across multiple industries in finance and investing, and has a real connection, commitment and passion to agriculture in Australia."

Despite a third of CPC’s assets having being sold off, Setter said CPC’s remaining assets would still be significant, noting "the thematic of growing demand for food, particularly high-quality Australian beef, and also the competitiveness of Australian agriculture was really appealing to Guy Hands and his family," Setter said.

In a statement issued by CPC, Hands said "CPC is a high quality, well run business with a strong position in a large and growing industry. Its operations are close to major beef-consuming markets," he said. "I am personally very excited about the future of CPC and delighted to be partnering with the management team of CPC."

No definite time frame for the deal has been made but Setter did say, "Over the next few months we will be working with the Hands family, the CPC management team and also some of the other investors to put the deal together."