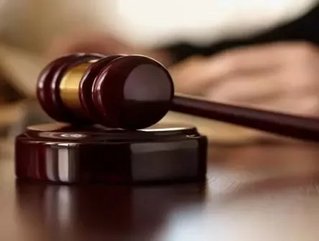 They’re called the “Big Six” for a reason. Australia’s most prestigious law firms are in a class of their own, advising on some of the largest mergers and acquisitions in the rapidly expanding Asia Pacific region. Business Review Australia profiles the areas of expertise for the “Big Six” law firms.

Allens Arthur Robinson
Allens is a prestigious international firm that prides itself on technical excellence combined with commercial insight. It specializes in business deals throughout Australasia, and this May, acted for Meridian Energy on its $191 million acquisition of South Australia’s Mt. Millar wind farm from Transfield Services Infrastructure Fund.

This year alone, the firm has won Australian Law Firm of the Year 2010 by the Who’s Who Legal Awards and won six awards at the Australasian Legal Business Awards 2010, including the Australian Deal Team of the Year.

“These milestones demonstrate our reputation in China for being able to deal with the most complex deals. This is built on our deep pool of China skills as well as our experience and expertise in the investment issues confronting Chinese SOEs. The firm has invested heavily in its Chinese practice for over a decade and these significant deals for leading Chinese companies is recognition of that. It's a huge accomplishment for the firm and our corporate team,” Della-Bosca says.

Blake Dawson has also acted on some of Australia’s largest resources transactions for major players, including BHP Billiton on its proposed US$150 billion announced takeover offer of Rio Tinto, the world’s second largest takeover bid ever.

Clayton Utz
As one of the largest full-service commercial law firms in the nation, Clayton Utz has made a name by successfully bringing together teams of lawyers with the right mix of legal and commercial skills to match its clients’ business needs. Acting for many of Australia’s top 100 companies and leading multinationals in the region,

Clayton Utz believes intelligently managed corporate law can become a business tool to strengthen and promote a company’s business and advises on all aspects of corporate management and planning.

Freehills
Freehills distinguishes itself by delivering first class, innovative commercial advice for businesses, and has done so for more than 75 percent of Australia’s top 100-listed companies. Among its recent landmark corporate matters and transactions, Freehills worked on the Commonwealth Bank of Australia’s $2 billion equity placement to fund the acquisition of Bankwest which earned it ALB Law Awards Equity Market Deal of the Year in 2009.

Freehills also established the Women in Business networking forum in 1994. This organization aims to foster networks among women at all stages in their professional careers. They provide opportunities for senior business women from diverse organizations and industries to meet one another and exchange views and experiences.

Mallesons Stephen Jaques
Mallesons leads the “Big Six” in terms of revenue and size. With over 2,000 employees, the firm operates across Australia and Asia with expertise in mergers and acquisitions, banking and finance, competition and anti-trust, dispute resolution and litigation, tax, construction and environment. Mallesons’ bigwig clients include Danone BG Group and Valemus, in addition to some of Asia Pacific’s major financial institutions. The firm acted for Xstrata on a joint venture in respect of a proposed thermal coal mine at Wandoan, a project valued at nearly $15 billion.

Minter Ellison
Minter Ellison is one of the oldest, and largest, full-service law firms in the Asia Pacific region with expertise in cross-border deals, major infrastructure projects, capital markets and IPO transactions, energy and resources, and telecommunications and technology. Of these, Minter Ellison’s Merger and Acquisitions team shines, as they have been the architect of some of the largest and most complex M&A transactions in Australia, including US Morgan Stanley Real Estate’s $6.6 billion bid for diversified trust Investa Property Group.