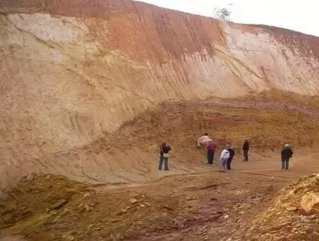 This quarter’s biggest floats in Australia are from—you guessed it—the lucrative resources industry. The following companies are sitting on natural resources, from gold and copper to oil and gas and beyond, and are salivating at the opportunity to issue common stock and shares to the public in 2011.

Centius Gold: This gold mining company doesn’t beat around the bush—its main objective is to discover and exploit gold or other mineral resources that can be mined for an attractive rate. The Sydney-based junior explorer holds 100 percent of twelve prospective gold and base metals projects in New South Wales and Queensland. Its immediate plan is to focus on gold and porphyry copper-gold deposits in projects that can be commercialized.

International Base Metals Limited: IBML commenced the Omitiomire Project in central Namibia in 2007, but also has a number of other projects at earlier stages of exploration in both Namibia and Australia with the Maranoa and the AuriCula Projects. A major purpose for the IPO is to raise capital for a Definitive Feasibility Study (DFS) for the Omitiomire Project. Substantial further drilling will be carried out during the DFS process, which IBML believes will increase the mineable copper resource.

Flinders Exploration Limited: FEX is a new multi-commodity explorer with ready-to-drill opportunities in a strong tenement portfolio, including diamonds, copper and gold prospects, phosphates and barite. The company has projects planned in the Pilbara, where it recently recovered a micro-diamond.

Meridien Resources Limited: Meridien was established in 2008 as an investment holding company with a predominant focus on investment in the securities of publicly listed “small cap” mining and resources companies with a market capitalization of between A$5million and A$50million. Now its main focus lies in the Lucky Draw gold tailings dam outside of Sydney, which has a JORC compliant gold resource of 21,400 ounces of gold.

MetalBank: MetalBank is part mining exploration and development company, part investment manager. The company believes that by implementing a careful investment management approach to running the company, and by channeling funds wisely into its mining development projects, it will as such build a valuable bank inventory of mining assets. MetalBank boasts a carefully selected portfolio of copper-gold exploration projects and an experienced management team.

The Allmine Group: Comprised of five businesses, Allmine is the self-proclaimed “one stop shop” for all mining and industrial machine maintenance requirements. By offering a range of mechanical and electrical services to components sales, the company has capitalized on Australia’s strong mining industry. Clients include industry heavyweights BHP Billiton and Rio Tinto. Allmine has made a number of strategic acquisitions, and is now ready to go public.

Incremental Oil and Gas: Formed in 2009, IOG is a producing oil and gas company and its strategy is to identify and acquire low risk, underperforming oil fields and apply modern technical expertise to increase production and recoveries. The focus of IOG’s activity is onshore California, which is attractive because the existing substantial oil production industry there supports cheaper, competitive service suppliers.

Peak Oil and Gas: Peak Oil and Gas is an upstream oil and gas company with an attractive combination of near term production and exploration assets located in the Asia Pacific region. Central to this portfolio is the Cadlao Redevelopment Project in the Philippines which is targeted to commence production during Q4 2011. Peak also has a portfolio of highly prospective exploration acreage located in Indonesia, Thailand and New Zealand.

GGG Resources: Already listed on the AIM market in London, GGG Resources is a gold and copper company with a strong focus Chinese focus. As a result of the sale of its Chinese mining interests and recent capital raisings on AIM, GGG is sitting on £9.5 million in cash. The Company’s other principal asset is a 50 percent interest in the Bullabulling gold project located in Western Australia.

Navarre Minerals: The strategic direction behind Navarre’s exploration efforts is a focus on high-quality targets based on four deposit types, namely copper gold porphyry systems and volcanic hosted massive sulphide (VMS) base metal deposits. Navarre believes that large areas of Victoria remain relatively under explored and present exceptional exploration opportunities. The company is seeking to raise up to $5,000,000 to accelerate its minerals exploration program.