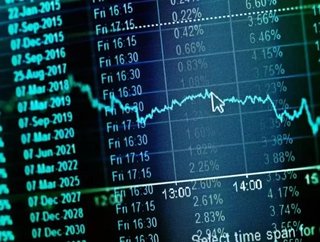 Australia's central bank has cut interest rates to a record low of 1.75 percent in order to prevent deflation and protect its rising currency.

The Reserve Bank of Australia's (RBA) quarter-point cut sent the local dollar down more than one US cent to $0.7567 as markets betted that a further move to 1.5 percent was likely. Underlying inflation dropped to a record low of 1.5 percent, taking it to well under the RBA's long term target band of 2 percent to 3 percent and effectively pushing real rates higher.

RBA Governor Glenn Stevens said: "Inflation has been quite low for some time and recent data were unexpectedly low. These results, together with ongoing very subdued growth in labour costs and very low cost pressures elsewhere in the world, point to a lower outlook for inflation than previously forecast."

A number of central banks across the world have started new stimulus cycles this year while the Bank of Japan and European Central Bank (ECB) have embraced sub-zero rates and expanded their asset-buying campaigns.

This easing abroad has boosted the Australian dollar further than the RBA desired, hurting exports and tourism while pushing down import prices and, thus, inflation. All of which argued for at least one cut in rates to offset these tighter financial conditions, and markets were quick to price in the possibility of a further move.

"It's hard to see how one cut by itself is going to do much," said Commonwealth Bank Chief Economist Michael Blythe, "So you'd have to think the odds on a follow-up have also increased, very much tied in with how the inflation outlook evolves from here. August would be the most obvious timing."

While Australia is still struggling with the unwinding of a massive mining boom, economic activity has been generally favourable. Growth was a surprisingly brisk 3 percent for 2015 and unemployment recently fell to a 30-month low of 5.7 percent.