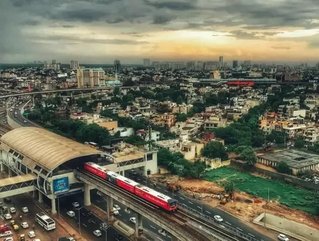 The transaction, the fee of which remains unpublished, signals a desire on Zomato’s part to explore drone-based food delivery, with Economic Times noting that the firm has ambitions of building a hub-to-hub drone network in India.

Zomato recently acquired restaurant and caterer aggregator TongueStun in a deal worth around US$18mn to strengthen its position against rival Indian firm Swiggy.

“We believe that robots powering the last-mile delivery is an inevitable part of the future and hence is going to be a significant area of investment for us.”

Goyal reportedly said that Zomato will develop multi-rotor drones with TechEagle to shorten the impact of the infamous last-mile for deliveries.

TechEagle, founded in 2015 by student Vikram Singh Meena, has been focused on developing drones capable of carrying 5kg of cargo.

Economic Times reported that 65% of Zomato’s business is accrued through food delivery, and added that it has received backing from Alibaba’s Ant Financial, Sequoia Capital, VY Capital, and InfoEdge.