Xi Jinping can now rule China indefinitely - but what does this mean? 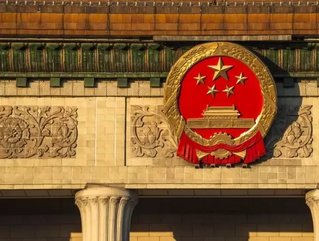 On Sunday, the Communist Party officially abolished the two-term limit on Presidency and Vice-Presidency, which in effect means current leader Xi Jinping can rule indefinitely.

Xi has been president since 2013 and as such was due to start his second (and final) five-year term this year, but will now likely rule well beyond 2023.

While this continuity could mean stability in some places, the international media has overall taken a negative stance on the decision to allow one person to rule China for over 10 years.

The Times of India states that “the term-limit was put in place by Deng Xiaoping to prevent his successor from repeating the mistakes of the Mao-era; wherein Mao implemented his reckless domestic and foreign policies in an unchecked manner for about 30 years”.

Indeed, it has already been suggested in the media that Xi was becoming as powerful as Mao Zedong. The newspaper concludes: “if history has anything to teach us, this doesn’t bode well for regional stability in Asia.”

In addition to a longer term, Xi Jinping’s economic thought is now going to be included in the constitution. So far this has included the One Belt One Road initiative as well as adding funding to China’s defence forces. The Chinese constitution will now include “Xi Jinping Thought on Socialism with Chinese Characteristics for a New Era”.

There have also been concerns that the development could make China more aggressive with its neighbours in areas such as boundary issues. A Times of India writer opines that “the region is already witnessing a strong, assertive and arrogant China since Xi took over the leadership,” adding that “such no-term limit clause is bound to fuel the fear that Chinese policies in the region might over-spend, misjudge or act presumptuous… what one can say right now is that this domestic change in China is bound to impact the regional stability in coming years”.

Al Jazeera has said that “Xi’s rapid consolidation of power has led some to conclude that China is descending into an era of dictatorship”.

While on one hand, centralisation of power could result in thought and policy being more stable in the short term, it may also mean that policy changes will go unchecked.

Xi’s social and economic policies have so far led to the party being more involved in private enterprise and to state-owned enterprises being bolstered. There has also been heavy investment in innovation, which could mean XI’s continued leadership will benefit tech startups and business partnerships.

In addition to extending Xi’s power, the recent Congress allowed China’s Central Bank to have more decision-making power in the country’s finance sector. The China Banking Regulatory Commission and the China Insurance Regulatory Commission have been merged, creating a new regulatory structure based around the People’s Bank of China.

Environmental regulation has expanded with a new Ministry of Ecology and Environment coming into being.

A new international development body will supervise overseas aid projects, as well as the Belt and Road initiative.

In addition, more power was granted to the agriculture ministry in an effort to deal with China’s food crisis.