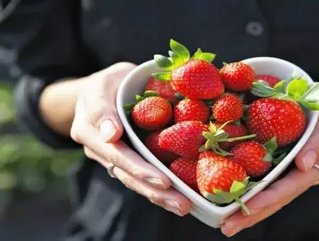 "We're still waiting to hear from farmers what the full and long term effects will be but suffice to say there will be some shortages in the short term," he said after announcing Woolworths' first half 2012/13 sales results.

Banana prices peaked at nearly $14 per kilo when Cyclone Yasi tore through northern Queensland’s banana plantations in February 2011. As Woolies’ biggest single selling item, Mr O’Brien said the impact of this shortage was significant because the industry aims to avoid importing the fruit. Fortunately, he does not foresee this becoming an issue:

"That won't be the case this time. There will be a short-term shortage of bananas but that's mainly got to do with farmers being able to get them to market."

Across the produce department, Woolworths is demonstrating its support of local citrus farmers facing transport delays by refusing to fill empty fruit bins with imported citrus.

“The Australian lemon season usually kicks off this week. While there may be a slight delay in supply in Australian lemons due to the floods, we have decided we will not order additional US lemons to ensure Australian growers get the best access to our customers,” Woolworths head of fresh fruit and vegetables Paul Harker said in a release obtained by Fresh Fruit Portal.

“We are working closely with our growers in flood-affected regions to ensure that delicious Australian lemons will be arriving in stores across the country very soon.”

The support is ongoing: earlier this month, Woolworths announced its Local Food Sourcing Strategy, an initiative that introduces more opportunities for local producers and suppliers to get their products onto Woolies’ shelves.

"Australians are justifiably proud of their local produce, so we are making it easier for local suppliers to work with our buyers, and we are investing in more direct local sourcing so that our customers can enjoy the unique products their community has to offer," Tjeerd Jegen, Woolworths managing director of Australian Supermarkets and Petrol.