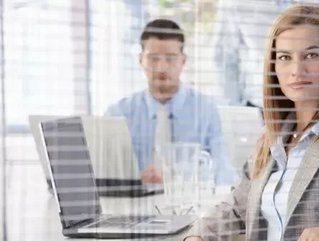 Although women are slightly becoming more and more prominent within their careers, still only 3 per cent are CEOs and only 8 per cent have key executive positions according to Dr. Hannah Piterman.

Piterman is the spokeswoman and writer of her report entitled, Women in Leadership. The report outlines key biases that evoke women from making it to the top of the ladder in their professions.

“Women who are seen to step outside a stereotypical female paradigm can engender rage in others, both male and female,” Piterman says in the report.

Piterman states the balances between work/life could be the cause of women not rising to the executive positions within a company.

“Women in management are less inclined to take up flexibility options than women at general staff level,” Piterman says.

Australian Women Chamber of Commerce and Industry’s CEO Yolanda Vega says women need to step outside and become thoroughly motivated within their community and work place.

“Women need to get involved if they want changes to take place. They can no longer afford to stay silent because their community and the economy rely on them,” Vega says.

On the contrary, last week the Australian Businesswomen’s Network won the Education and Training Award at the Sydney Business Awards 2011. Over 20,000 businesswomen support the Businesswomen’s Network.  The mission of the network inspires women in the workplace to enhance their career paths and connect women with peers and role models so that they can be inspired by each other, according to their website, www.abn.org.au.

Nonetheless, some workplaces still struggle with the notions and the ideas of a woman being in charge, but according to both Piterman and Vega, women need to take a stance and work their way to the top.

The Australian Women Chamber of Commerce & Industry has launched a poll for its women in business research project. To take the 10 minute poll visit,  www.awcci.org.au.