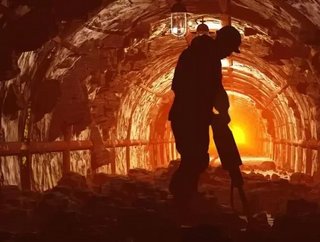 Jeyakumar “JJ” Janakaraj isn’t your ordinary executive. Since starting his career in the smelting sector in India, JJ has quickly become one of the most well-known names in mining, which was initially written in the April issue of Business Review Australia.

A walking example of success, he has proven that hard work, dedication and the right attitude are key traits to help one thrive in his or her professional career. In addition, strong leaders who provided priceless insights also played a large role—and he never forgets it.

“I’ve worked through the ranks and grown through the ranks,” JJ explained. “I’ve been given a lot of opportunities to do things because of the mentoring from my superiors, which really helped to catapult my career.”

As the current CEO of Adani Mining, the Australian-based subsidiary of the Adani Group, JJ is forging a path for the continued growth of the industry, most recently through the Carmichael coal, railway and port project. Based in Queensland, Australia, Adani’s project is set to develop the first fully autonomous mine site in the world, not to mention the largest.

With projected capex and sustaining expenditure through the project’s life of USD$16.5 billion, expectations for the revolutionary project are almost as high as the cost: 60 million tonnes of coal will be produced each year, while 10,000 new jobs will be created.

But JJ didn’t start at the top; in fact, as he explained: “I didn’t fall out of the sky and become CEO of Adani Mining overnight.”

Rising Up the Ranks

JJ’s career began in 1992 when he joined ESSAR Steel before transitioning to Sterlite Industries as a mechanical engineer of the copper division at Tuticorin in 1995. During his tenure at Sterlite, JJ held various positions including Chief Executive Officer of their subsidiary, Copper Mines of Tasmania.

“I took over as the Head of Projects for Hindustan Zinc in 2002, and was responsible for the expansion from 0.16MT to 1.06 MT capacity during this period, when we became the world’s largest integrated zinc producer through 2008.”

In 2008, he joined Konkola Copper Mines PLC, a subsidiary of Vedanta Resources PLC.

“When the financial crisis hit, I was sent to the Konkola mines in Zambia,” explained JJ. “I was the director first and then CEO of that company in the copper division in Zambia, and I was there for five years, but my overall career in Vedanta was 18 years long, along with three years in ESSAR.”

RELATED TOPIC: Adani Mining Partners with Posco for Rail Deal at Carmichael Mine

He credits the numerous opportunities received during his career as catalysts for his fastpaced growth.

“I became the president of a company in 2008—I was 38 years old. Without having an MBA, becoming a president of a company is fast-track growth. I was clearly being groomed because there were certain roads that my previous employers wanted me to take and I was able to get ahead. “I got these opportunities because people had trust and faith in me. I want to give that back to others.”

True to his word, “I focus on people a lot,” he explained. “One of my core strengths is allowing people to do what they need to do to perform. When employees understand the ins and outs of what it takes to run and maintain a mine, the outcome is usually far greater. You can only learn something by being thrown in the pool. You can’t keep people standing up and try to teach them everything without putting them in the water.”

To assist in developing and nurturing young talent, Adani Mining partnered with QUT Business School in Queensland to open the doors for employees to become future leaders. Emerging leadership is a big focus for the CEO, and providing people with opportunities to grow is critical.

“I generally believe 20 percent of the leadership workforce will need a natural pathway to become leaders,” he said, “however, that’s not enough. When you’re in rapidgrowth mode in a company, you need to nurture talent with the right methodology so you develop and expose more people through training and workshops.”

JJ believes that nurturing talent sends a clear message to organisations that you are looking for people to grow. “These projects look very challenging from the outside. But as long as you can see the simplicity in the approach and keep your focus on what you need to achieve, you’ll achieve it every time.”

In addition to providing employees with the right tools to succeed, JJ is also actively involved in all aspects of operations, taking a hands-on approach to leadership.

“In projects, my style of management is not just engagement of the top but to actually go to the sites and the places where manufacturing happens to get into details of what it takes to make something happen. I don’t shy from travelling: I travel frequently so I can get a feel for the project. That’s been my style of operations. I don’t just listen to what I’m told in meetings.”

The Future of the Mining Industry

Despite declining commodity prices and rising costs, JJ isn’t worried about the future of the mining industry.

“Every commodity business goes through its cyclical challenges. As we all know, two-thirds of the time the price curve is coupled with the cost curve. There are always people not making money yet there is another one-third of the time during which everyone is making money. [These fluctuations are not indicative] of how the industry is doing.”

RELATED TOPIC: To Infinity And Beyond: Is Mining Moving To Space?

Instead, he explained, “The indicator is how the industry is becoming more efficient in all aspects, including sustainability and the costs associated for each mine. The other thing is the use of technology and how it’s playing a major role in making the industry safer, and therefore more viable.” Rio Tinto is a great example of how technology needs to be driven forward, he said.

“Their Mine of the Future is a fabulous step in the right direction, and they’ve shown they have the advantage. You can see their cost of production in iron ore is lower than everyone else. Although others are catching up, they’ve already achieved that lead. They’ve shown the marketplace what can be done, and it’s a great model to follow.”

Although the mining industry may be experiencing tough times, JJ maintains a glass-half-full outlook and encourages mining companies and executives to do the same.

“I generally believe tough times are good times because that’s when you learn all the good habits and shed some of the fat that you build on when everything is good.” Likewise, “When things are good, I don’t get excited because something always comes. I don’t believe in doom either because extremes don’t last forever. You need to find that steadiness.

"Mining is a longterm business and you can’t run it on a quarter-to-quarter basis. You need to develop the asset to achieve long-term returns. You will have to be ready to take some pain in the developmental or transitional phase, but that’s just the nature of the business,” he concluded.

Part of maintaining that steadiness is recognizing that the fundamentals for success do not change despite an everevolving industry and marketplace. These fundamentals include people management, productivity and the cost of production. “People learn very fast. You can’t have a structural advantage forever.

“However, if you can focus on the fundamental things and keep your [workforce] inspired, you’re going to have success,” he concluded.