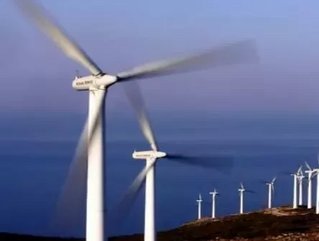 Under federal legislation with bipartisan support, Australia has a 20 per cent Mandatory Renewable Energy Target (MRET), requiring that by the year 2020, 20 per cent of its electricity must be produced by accredited renewable sources. Wind-generated power is one carbon-reducing method the nation has invested in to help achieve this target: the Sydney Morning Herald reported that last year, Australia was operating 1188 wind turbines in 57 wind farms.

According to The Age, a US-based study has found that the turbines’ movements are warming up the air at night. Monitoring wind farms in Texas from 2003 to 2011 presented University of Albany researchers with data that showed a 0.72 degree increase in temperature, at night, per decade.

"Enhanced vertical mixing brings warm air down and cold air up, leading to a warming near the surface at night,” said Liming Zhou, the study’s lead author, in the journal Nature Cli-mate Change.

His findings coincide with those of NASA’s satellite data, which revealed that the increase in the planet’s land surface temperature is consistent with the growth of wind farms. However, he stressed to the SMH that the Texas-based research was on such a small scale that the data should not be applied globally – yet.

“We are now expanding this approach to other wind farms and building models to understand the physical processes and mechanisms driving the interaction of wind turbines and the atmosphere boundary layer near the surface," he told the newspaper.