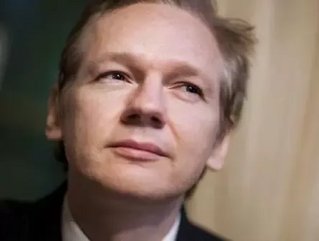 Numerous headlines today shout that Australian Julian Assange is seeking asylum in Ecuador, but let’s be clear: five days after losing his final court bid to halt his scheduled extradition to Sweden for questioning in connection with two rape and sexual assault allegations, the WikiLeaks founder is in London, asking for protection under the UN human rights declaration at the Ecuadorean embassy.

A question persists: why Ecuador?

Last month, Mr Assange interviewed Ecuadorean President Rafael Correa for The Julian Assange Show on the Russia Today TV channel during his 500 days of house arrest in England. The president, who was taken hostage in an attempted coup d’etat in 2010, blames the attempt on ‘corrupt media’ and praised WikiLeaks “for exposing that "in a shameless way, the [Ecuadorean] media did not publish those cables or news which affected them."

“We have nothing to hide. If anything, the WikiLeaks [releases] have made us stronger,” President Correa said.

Therefore, Mr Assange wrote to President Correa, explaining that he was being persecuted, could not remain in the UK, and certainly could not return to his native Australia. According to the UK Guardian, he argued that "the authorities in his country will not defend his minimum guarantees in front of any government or ignore the obligation to protect a politically persecuted citizen".

Until a decision is reached, the Guardian reported that Mr Assange is welcome at the embassy:

"As a signatory to the United Nations Universal Declaration for Human Rights, with an obligation to review all applications for asylum, we have immediately passed his application on to the relevant department in Quito.

"While the department assesses Mr Assange's application, Mr Assange will remain at the embassy, under the protection of the Ecuadorian Government.

"The decision to consider Mr Assange's application for protective asylum should in no way be interpreted as the Government of Ecuador interfering in the judicial processes of either the United Kingdom or Sweden."