Why diversity is good for business 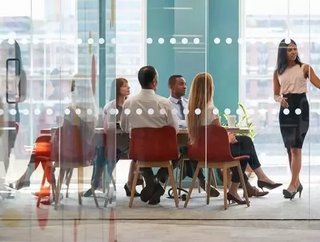 Australia is known for its diversity. More than 300 languages are spoken in our homes. Nearly half of us were born overseas or have a parent that was. In short, we’re the most culturally diverse country on the planet.

Yet, if we peer inside our businesses – especially as we get higher up the chain of responsibility – the picture is usually very different. This lack of diversity isn’t just limited to ethnicity. It’s the same story for representations of age, gender and disability.

Large, innovative businesses like Google have suffered high-profile, PR disasters over their lack of diversity. The ‘me-too’ movement in Hollywood has put a spotlight on the treatment of women.

And it’s not just an overseas issue. In the annual World Economic Forum (WEF) Global Gender Report, Australia fell to 46th in 2016, from 15th position just a decade earlier. A survey from Western Sydney University found that 32 per cent of respondents experienced racism in their workplaces. The University of South Australian found that a third of Australians perceive some form of age-related discrimination at work or while looking for a job.

Although there’s more attention on all forms diversity than ever before, plenty more still needs to be done. Where it was once a problem for the HR department, the lack of diversity must now be addressed throughout your organisation.

Diversity isn’t just something that matters to us intuitively – we know it plays into business success just as powerfully. That is, if you look facts and figures, there is a solid business case for improving diversity.

All CFOs want to be able to run their businesses as efficiently as possible while maximising productivity. The benefit of diversity is that it supercharges your performance.

McKinsey found that global companies in the top quartile on gender diversity are 21 per cent more likely to outperform on profitability and 27 per cent more likely to add value. Further, ethnically diverse companies are shown to have 43 per cent better profits. The correlation works the other way too; McKinsey found that bottom-quartile companies in both ethnic and gender diversity had a 29 per cent chance of underperformance.

An oft-cited example of diversity in action is the success of IBM in 1993 after Lou Gerstner, newly installed as CEO, included diversity measures into both the hiring and operational processes of the company. Not only did diversity increase but revenue did as well; the business grew from $US10 million to more than $US300 million in just three years. Clearly, the correlation between diversity and profitability is no coincidence.

When you’re looking for a new staff member to fill your ranks you want the best available – when you proactively attract a diverse pool to choose from, you’re more likely to find it. It makes sense when you think about it logically. If an employer limits the candidates they can consider by failing to have robust diversity policies, they’re hindering their ability to find the best person for the role. It’s artificially shrinking the number of fish in the pond.

Diversity policies also matter to staff. Recruitment firm Hays found that 58 per cent of Australians want to see more diversity in their workplace. It helps make your business a more attractive place to work, which has a positive impact on retention and attraction of employees.

Thinking out of the box

New solutions require new ideas, so it’s little wonder that BCG and the Technical University of Munich found a statistically relevant correlation between diversity and innovation. When your business has a variety of perspectives, it’s more likely teams will come up with different ideas. It also reduces biases like groupthink.

In today’s digital world, innovation is critical to success. Companies that adapt to change will be leaders in their field. Allowing innovation to thrive by bringing diverse thinking to the table is crucially important.

Connecting with your customers is also more important than ever. Digital makes it easier for consumers to access rival products and services from all anywhere if you don’t hit the mark.

A diverse workforce is more likely to reflect the makeup of your customer base, addressing their wants and needs. Think of a group of middle-age men trying to market to millennials – wouldn’t it be better if there was also a millennial in the room to contribute their lived experience? A diverse mix means there are more experiences, thoughts and approaches to draw from.

There are so many quantifiable reasons for ensuring diversity policies are in your business and simply not enough to put up with the status quo. But at the end of the day, it’s the intangible drivers that matter most. If we want to live the very idea of a ‘fair go’ that underpins Australian culture, it has to start in our businesses first.

Dominic Parsons is the CEO of CALUMO.