Why the Australian film industry has struggled 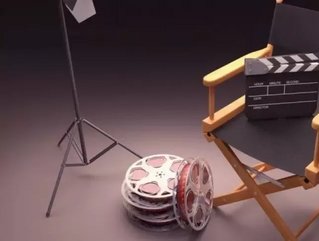 Maybe you’ve heard of The Lego Movie? As was written in our sister site Business Review Canada, the Sydney-based visual effects company behind the film—Animal Logic—has recently expanded and set up a second animation studio in Vancouver, Canada. So how does this affect the struggling film industry in Australia? Should Aussie executives be worried?

Animal Logic has also been recently responsible for the visual effects showcased in recent films such as Insurgent as well as Avengers: Age of Ultron. However, the company released a statement reaffirming its commitment to its home office in Australia, which supports about 500 employees across its operations. The Sydney studio is continuing its production of animated projects LEGO Batman and Ninjago, each of which is scheduled to hit theaters in 2017.

“We remain committed to the Australian creative industries, and to continuing to produce great work in animation and visual effects,” said Animal Logic CEO and co-founder Zareh Nalbandian. “Our Sydney studio continues its focus on the current projects in production, as well as ongoing development of our growing slate of films being developed by Animal Logic Entertainment.”

Australian cinema is coming off one of its worst years at the box office in 2014, as locally produced film only made up 2.4 per cent of the overall box office. It was the second lowest numbers since 1977. After American film star Johnny Depp received threats from Australian Minister of Agriculture Barnaby Joyce that his two dogs would be euthanised after being smuggled into the country in defiance of quarantine laws, the belief around the country is the film industry doesn’t garner the same respect as others such as agriculture or mining.

But there are other factors in play here. The most problematic is its heavily subsidized financial state, as TV and film producers have already warned that further cuts to its funding body, Screen Australia, could seriously impact the industry. The government is planning to cut about $1 million from it, as Screen Australia said in a statement that it had already reduced its operating costs by 44 per cent since its formation in 2008.

Although recent American blockbuster films such as San Andreas have been shot in Australia, there’s no sure way to know what the future of the industry may hold.