Why Australian beer and wine producers should export to China 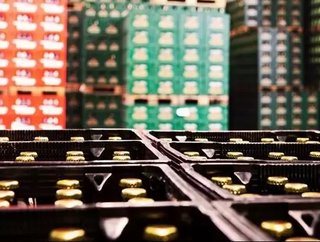 Beer consumption in Australia is at a 65 year low. That's not to say that there isn’t a market for it here, but it’s no longer the dominant product, wine and cider are rapidly overtaking it as Australia’s go-to drink.

This, along with an increase in the prevalence of craft breweries, has caused saturation in the Australian craft beer market.  This makes me wonder why brewers are ignoring one of the biggest potential markets for their product... China.

Asia has become the fastest growing region on earth with millions of people entering the global middle class every year. Much of this growth is happening in China with higher incomes and increased demand for quality products such as beer and wine.

China’s beer market is worth $70bn a year, however whilst annual spend is increasing, there has been a fall in total volume by around five percent over the last three years. This trend has been heavily influenced by the rising popularity of wine and craft beer alternatives. Younger, more affluent consumers prefer premium drinks such as craft beers, many of which are imported from overseas.

While Australia has one of the most efficient agricultural sectors in the world and produces high quality, clean, healthy ingredients, we are also ideally positioned to supply fine foods and beverages. We have an aspiration for becoming the food bowl for Asia in Australia, but the sheer size of the demand as well as our reputation for high quality produce means we can certainly become a specialist and high value supplier of premium alcoholic products.

The Chinese Government’s decision to reduce tariffs to assist mainland Chinese in accessing imported products, as well as the widespread use of online shopping, has made selling to consumers in China considerably easier these days. In 2015 alone, imported goods accounted for 17% of China's online sales. There is so much untapped potential in the Chinese market that Australian business owners either don’t know about it or are just choosing to ignore it because they don’t know how to take advantage of it.

Many people might also be surprised to know that China is now one of the world’s biggest markets for imported wine. The likes of the Adelaide Hills and Barossa Valley are in high demand just across the Pacific Ocean. The Chinese like aromatic wines such as Riesling, Sauvignon Blanc, Chardonnay and Moscato.

This is excellent news for Australian wine makers because we are highly regarded for these varietals and our boutique wineries have the capacity to provide China’s younger and more open-minded consumers with premium quality products which have some exclusivity and edge about them. Not to mention that a recent trend of young Chinese consumers preferring fruiter, softer wines with lower tannin and acidity has sparked an increase in red wine sales across the country. What’s more, they prefer to purchase through online sources so that they can access accompanying information as well as third party recommendations.

The opportunity for Australian craft beer brewers as well as boutique winemakers to be a part of China’s middle-class growth is beyond significant. Where the export sector was previously limited to those with high budgets and high influence, it is now accessible to the smaller up and coming players. Those of us who understand the Chinese market and its potential need to do all we can to help small Australian businesses understand it and engage with it.

Unfortunately, many Australian business owners think it’s too hard to export out of the country.  This is for a number of reasons, especially to China where they feel the language and cultural barriers are an issue. However, all they really need are others to show them the opportunity and to help guide them through the process.

It is this very reason that led to me becoming so heavily involved in trade business between China and Australia. I established the Australia China SME Association to help Australian small to medium size businesses access the huge opportunities available to them in China. Education is what I think is most important because people just don’t seem to be getting this information. Business owners need to see that it only takes a little bit of traction in China to create a life changing opportunity.  There are currently some 48mn urban upper middle-class consumers of imported wine and beer in China, that’s a target market that is double the entire population of Australia, so there is so much more room for Australian success stories.

The Australia China SME Association provides SMEs with the tools, support, guidance, advice and network to launch into China.  Effectively, we help businesses to take the necessary steps and to make things happen. Nothing gives a business owner more confidence than comparing notes with others who have done it before. You get the benefit of avoiding the mistakes that others have made and learning the lessons that they have gained the hard way.

If you’re a craft beer brewer or a boutique wine maker and you don’t want to be overlooked in the Australian market, maybe it’s time to start thinking about taking your product to China. Good quality Australian products have the potential to achieve enormous amounts of success in the region. Do what Australians are known for doing – be bold, take risks and believe that you’re going to succeed; just because others have done it before you doesn’t mean that you can’t too.