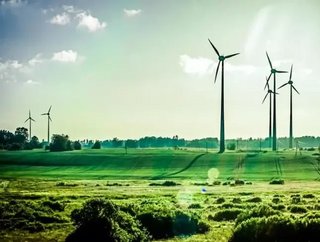 Last week, opposition leader Bill Shorten told the Labor Party conference that the party’s policy should be amended  for 50 per cent of electricity to come from renewables by the year 2030.

According to our sister publication Energy Digital, this would bring Australia abreast with international competitors such as California and Germany. Shorten’s plan promises to be effective in building a new power sector to eclipse the present fossil-fuelled sector.

If adopted, the policy would allow the Labor Party to finally free itself of the politically damaging obsession with using carbon pricing—either in the form of a carbon tax or a cap and trade scheme—as its principal green platform.

In following California’s and Germany’s models, the primary targets are about industry strategy, with a favourable side-effect that they also promise to lower carbon emissions.

China is, by far, the world leader in this transition, with a commitment to source 30 per cent of electricity from renewables by 2020. China’s Energy Development Strategic Action Plan (2014–2020) specifies limits for overall energy and coal consumption, and at the same time sets targets for renewable energy capacity as reaching 350 gigawatts, 200 GW and 100 GW respectively for hydro, wind and solar, plus 58 GW for nuclear.

China’s current electric power capacity stands at 1,360 GW, with hydro, wind and solar accounting for 424 GW–a total that grew by 51 GW in 2014 (or roughly a 1-GW non-thermal power station each week).

What industry leaders understand is that renewable energy promises to be one of the leading industries of the 21st century.

These industries promise not just reliable and secure energy, but also industrial and manufacturing strength, exports, technological innovation and jobs.

The Australian’s environment editor Graham Lloyd has stated that renewables don’t offer the same “density” of energy as their fossil-fuelled and nuclear competitors – ignoring the point that it is their very diffuseness that makes them so attractive. Solar and wind energy can be generated almost anywhere, while fossil-fuelled and nuclear sources have to be centralized and suffer rigidities as a result.

Lloyd also claimed that energy storage and intermittency are “technological barriers” that make the transition to renewables difficult, along with cost barriers. But the real experience of Germany and China provide a very different perspective. These two countries, through their commitment to large-scale renewable energy, have been driving down costs. Solar panel prices globally have dropped by 80 per cent over the past few years, driven largely by scaling up production in China and to some extent in Germany.

Australia stands to benefit from these cost decreases as policy shifts to supporting a renewables-driven power system. These costs refer to production costs, or wholesale costs, driven by the learning curves that are a feature of all manufacturing industries. What the existing power producers actually charge consumers is another matter altogether.