Why are NAB and Microsoft swapping female employees? 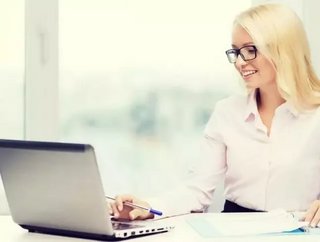 As a way to improve skills and allow more female professionals to become familiar with new technology, National Australia Bank (NAB) and tech giant Microsoft will swap female employees for a five-week period.

The idea was created by NAB general manager of support services technology Dayle Stevens, who is also the co-founder of the bank’s Women in Technology program. Since it was launched, the program has helped increase the percentage of women in senior roles at NAB by six per cent (18 to 24).

RELATED TOPIC: How NAB plans to improve its marketing presence by hiring a new CMO

“In big organisations like NAB, a lot of people come here and stay in their roles for a long time,” said Stevens. “We wanted to create different experiences for people to increase their own thinking, expand their thinking and broaden their horizons.

“The intention was to give these women experience and expand their thinking and get them to come back and talk about what they’d learned. But what surprised us, and what happened almost immediately, was how much our two organisations learned from each other.”

Data from the Department of Education reveal the number of females enrolling in IT courses dropped five per cent (25 to 20) from 2001-2013.

RELATED TOPIC: How NAB and Xero have combined to change the banking industry

Stevens believes the exchange will instill both confidence and resilience in women, while also developing role models for other aspiring young women in technology.

Microsoft Australia marketing manager Sophie Byrne said she learned a lot through participating in the exchange, but acknowledged she still has a lot to learn.

“My understanding of the nuances of our customers’ journey is so much greater thanks to the ‘trading places’ program, and it has most certainly helped me make better decisions in my own job.”