What your company can learn from Qantas' recent turnaround 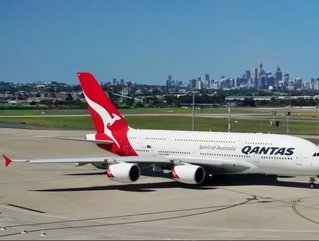 In a stunning turnaround from the previous year, Qantas recorded a pre-tax revenue of $975 million for the 2014-15 financial year, just one year after suffering a record $2.8 billion loss.

Each subsidiary of the Qantas Group was listed in the black, including the previously struggling international division, in the company’s $1.6 billion one-year turnaround. It was the first full-year profit for the airline since the global financial crisis, as Qantas Domestic recorded a $480 million profit.

The company’s Hong Kong-based Jetstar Group pitched in with $230 million after suffering a loss of $116 million in the previous year, as the Qantas Frequent Flyer plan brought in $315 million.

A large amount of the turnaround is due to an extensive cost-savings program design to cut out $2 billion in costs by 2017—and free up a significant $894 million in 2015 alone—along with lower fuel costs and the end of a capacity war with rival Virgin Australia.

In addition, Qantas rid itself of some of its older planes and added the Boeing 787 to its international fleet and are expected to begin flying late in 2017. The Dreamliners will replace five Boeing 747s, and will launch the addition of several new international destinations including the United States’ Dallas/Fort Worth.

As a result, the cost per available seat kilometer dropped considerably.

“Obviously a market like Melbourne to Dallas opens up as an opportunity for us,” said Qantas CEO Alan Joyce. “Because the 787 is smaller than the jumbos it will gradually replace, it gives us the flexibility of having more aircraft without significantly changing our overall capacity.”

RELATED TOPIC: What Led to Qantas' $367m Underlying Profit In the First Quarter?

While many called for Joyce to step down during the airline’s hard times, its shareholders remained patient. It appears that approach has paid off, as Qantas’ average share price in February 2014 was $1.16 but closed at $3.45 last week. When Joyce was named CEO in November 2008, the share price averaged $2.47 during the month.

As Business Review Australia previously reported, the federal government rejected the airline’s request for corporate welfare before forcing it to cut 5000 jobs just last year. Some of the reasons for the turnaround include Qantas ability to re-establish its market presence and becoming more hands-on over its financial statements.

There are a couple lessons to be learned from Qantas’ redemption story. First, company shareholders shouldn’t hold on to short-term goals if they truly believe the company has an effective strategy in place, and secondly, seeking bailouts from the federal government aren’t necessary when you make the right choices in regard to consumer demand and cost management.