What does Donald Trump’s victory mean for Australian business? 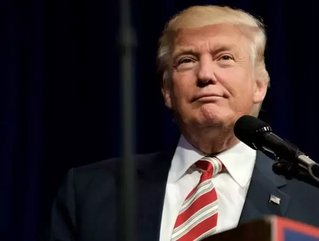 It is perhaps the most unexpected and controversial election win in America’s colourful history but, like it or loathe it, Donal Trump is now the President of the United States. And propelled with a mandate to shake up the US political establishment from top to bottom, the consequences for close partners such as Australia could very well be profound.

Trump has vowed to completely withdraw from the Trans-Pacific Partnership – an agreement that would see a slew of regulations and tariffs and would increase the region’s trade profile with the rest of the world. A number of commentators have noted that this will contribute to increasing tensions with China over the South China Sea and could even cause neighbouring countries to move allegiance from the US to China.

If Trump’s efforts to create more US-based jobs through eschewing free trade is pulled off, US consumer demand for Australian exports could fall, although a knock on growth effect could be in store if enriched Americans choose Australia as a tourism destination. It remains to be seen how this will play out over the next four years.

Australia’s environmental commitments could also be undermined, as Trump has vowed to tear up the Paris agreement in order to provide further stimulus to American industries, in spite of China recently ratifying. This could fuel similar moves from Australian politicians seeking to emulate The Donald.

While there has been a lot of doom and gloom surrounding the global currency markets, certainty is likely to be restored in time - whether this certainty is positive or negative for Australian business is not yet clear. A number of ministers have called for early dialogue with Trump in order to establish a working relationship. Watch this space.