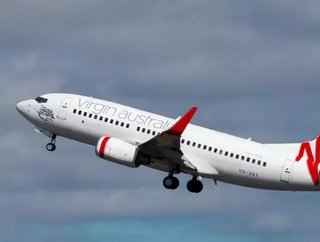 Virgin Australia has revealed its new International Business Class cabin, with the first of its refitted Boeing 777-300ER aircraft now flying across the Pacific. The airline’s revamped business class experience, known as The Business, will be available to customers on long haul flights from Australia to Los Angeles and Abu Dhabi.

Key features of The Business include 37 individual and private suites that convert into the length of a queen size bed at 80 inches and an in-flight entertainment system with an 18-inch high definition touch screen.

Virgin Australia Group CEO John Borghetti said: “Virgin Australia is committed to product innovation and delivering a superior customer journey on the ground and in the air.

“With competition increasing from Australia to North America and the Middle East, we believe this will be the best Business Class on the Pacific, with the product also being introduced to Abu Dhabi later this year.

“We have seen customer satisfaction scores increasing to all-time highs after introducing ‘The Business’ domestically on transcontinental routes so we are confident that, with our new Boeing 777 Business Class cabin and refreshed Premium cabin, Virgin Australia will be the number one choice for premium travellers.”

The airline also unveiled major improvements to its Premium Economy cabin, which now features 24 seats with more legroom than any other Australian airline and has been renamed Premium.